I’m going to cut right to the chase. I never liked stuffing. I’m sorry to whomever I offend, but I just never get excited to eat celery-tasting bread pudding. Ever. My family is very untraditional, and we never do Thanksgiving the “proper” way. Our way: beef wellington, extensive cheese platters, bouillabaisse, duck breast, potatoes au gratin… never the traditional trifecta of turkey, stuffing and mashed potatoes.

Now, a lot of you asked me for a stuffing recipe, and I thought long and hard about why I would eat stuffing. What would entice me to eat savory bread pudding!? The answer: if there’s a French twist. My last name is Bouchard, so it’s in my nature to want bread and cheese with everything. And lots of butter…. lots and lots of butter.

This thought process of French inspired stuffing is where my baked brie stuffing was born. I want to note that any stuffing that is not prepared in the actual Turkey or Chicken is actually a savory bread pudding. The majority of Americans prepare this as a side dish, completely separate of the poultry, so we are technically making bread puddings. Something also to note: apparently some people call “stuffing,” “dressing” now… which I’m just not on board with. I just wanted to give you a heads up so you don’t throw your plate against the wall when someone tells you they are serving “dressing” at Thanksgiving. Don’t worry, you’re not just getting a side of lemon and olive oil. 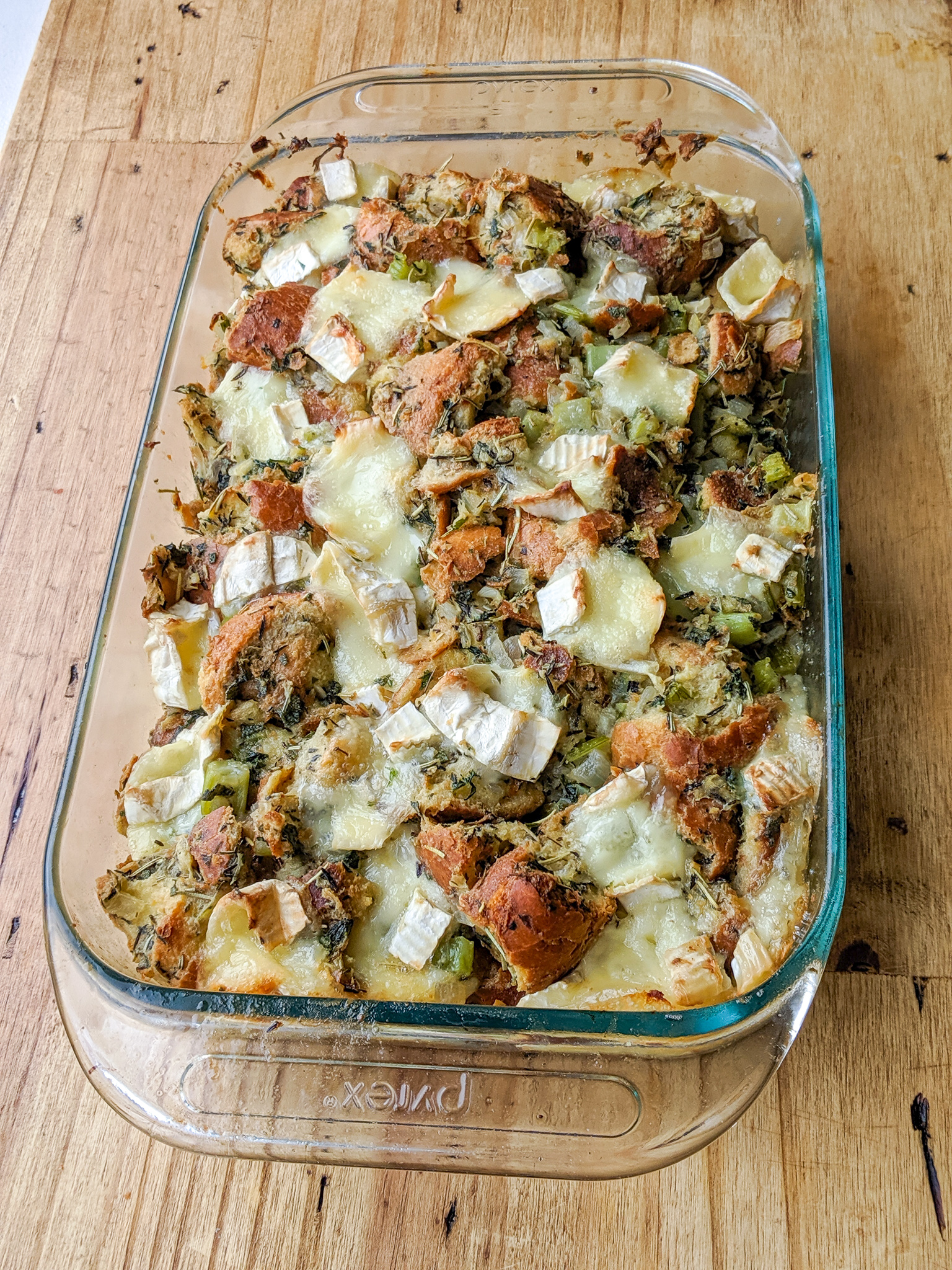 A French Twist on the American classic. For this recipe, I used dried baguette and brought it together with garlic, rosemary, thyme, parsley and sage. Instead of just using chicken broth to soak the bread, I used a creamy chicken broth mixture. I layered the stuffing with brie and some cranberry sauce for a sweet and bright touch (optional.)
Print Recipe Pin Recipe
Course Appetizer
Cuisine American, Holiday
Servings 8 (as a side dish)