I gotta hand it to you. You guys surprise me, sometimes. I mean, I was really, REALLY surprised by how many of you asked for a pasta salad recipe for the summer. And to be honest, I’ve never been a pasta salad kind of gal, so this was hard for me. I’ve always been a “eat the leftover pasta from last night with a salad” kind of girl, but not a designated cold pasta dish person. Anyway, it took me a few weeks to sit on the pasta salad train and brainstorm ideas before coming up with this one. Like, there are so many pasta salads that can be had. Pesto pasta salad is delicious, but it’s been done before. Macaroni salad is awesome, but I can find 1093482838r09 different versions online. Asian-inspired noodle salads are f*cking delicious, but I don’t really put them in the same category as “pasta salads.” If I’m putting a recipe out there, I want it to be something really special. Not just “another one of those.” Either way, it took me a minute to figure this recipe out, and the universe actually handed it to me. I accidentally ordered a vegan cheddar from Whole Foods instead of a regular cheddar, and that’s when I decided to play with it to create what is now my Vegan Pimento-ish Pasta Salad. 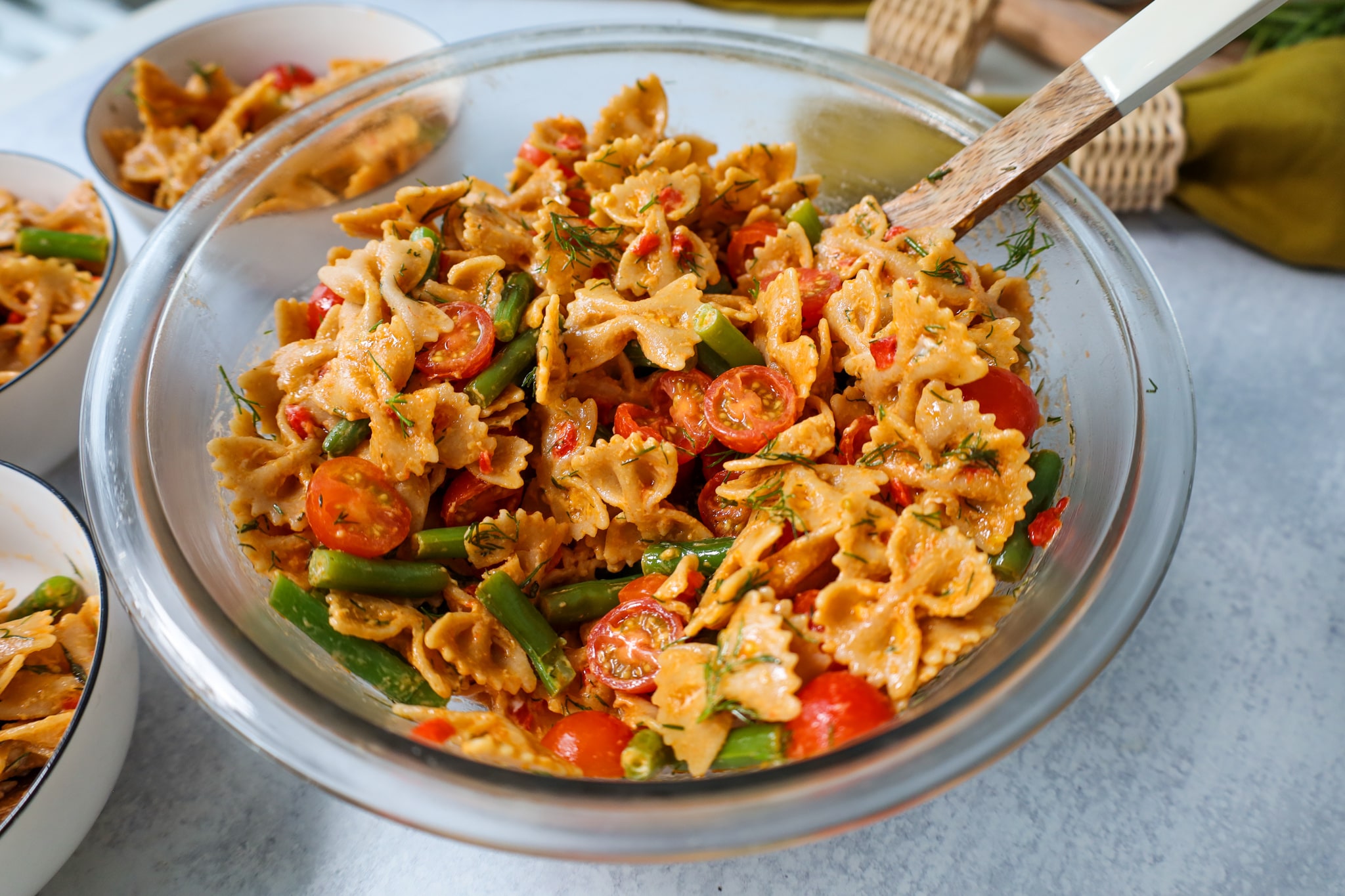 Sooooo what is this pasta salad ? It’s a mixture of vegan cheddar and vegan “mayo” served with farfalle, dill, pimentos, green beans and tomatoes. I want to point out that I’ve only tested this recipe with Miyoko’s Creamy Vegan Cheddar which is *shockingly* delicious when cooked. This is coming from a cheese-stan kind of person. I got the cheddar block but they do sell shredded as well. Either way, I recommend using this brand of cheese for the best results, just because you will know exactly how it’s going to turn out. If you go with another brand, it may not be as good as this one. 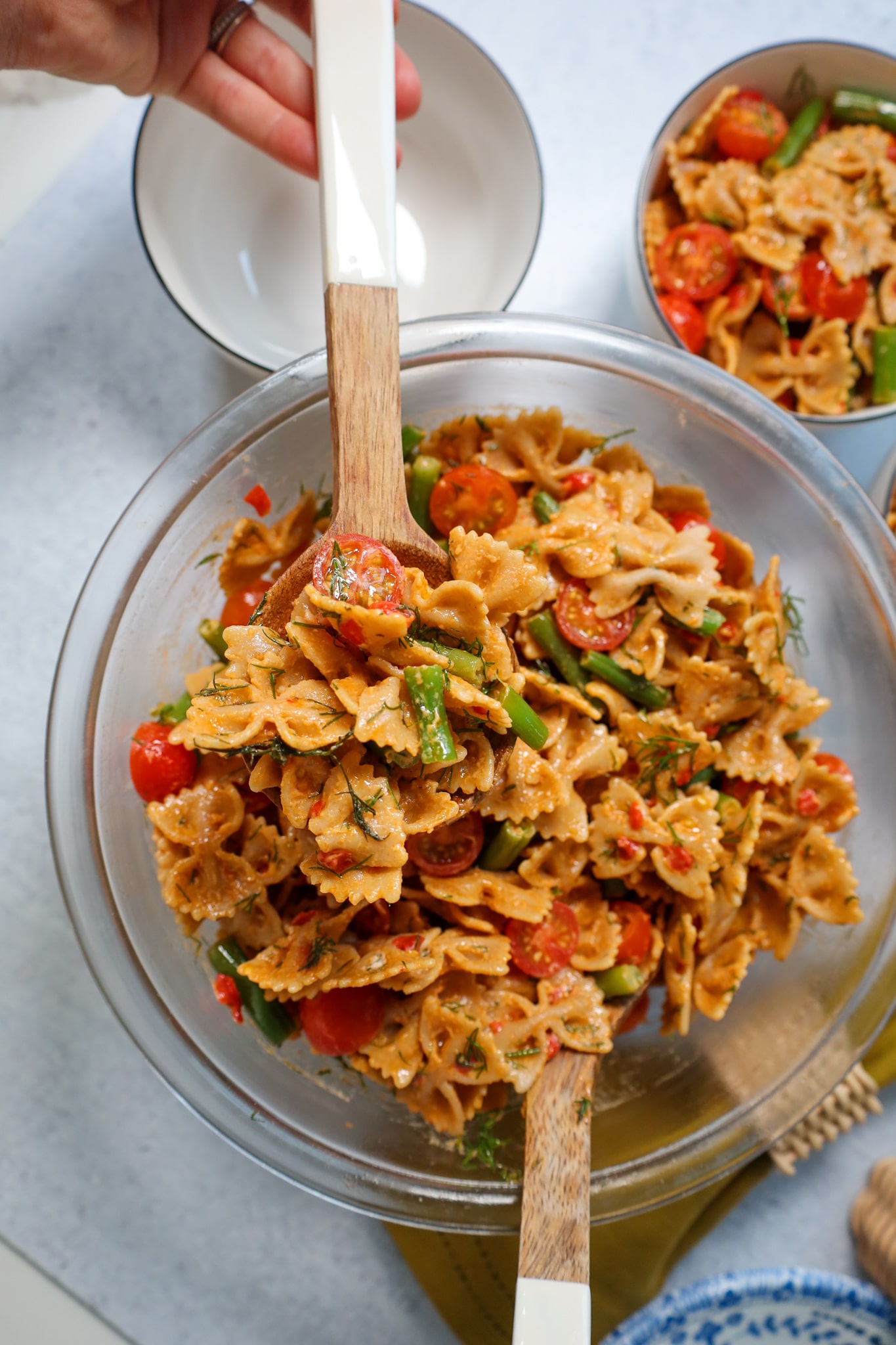 By the way, you can 10000% make this non-vegan and use regular cheddar and regular mayo. You do you. It will taste unreal either way.

A few other things I want to note before you make this. You can use frozen green beans, but you will not get the same vibrant green color, crunchy texture and light sweetness. I’ve made it both ways and it tasted delicious. Use whatever pasta you like. If you’re gluten-free, switch to whatever pasta you prefer. I love Ancient Grains pasta shells for gluten-free dishes. If you want to lighten this up, go with a light vegan mayo. If you want heat, swap the pimentos for Calabrian Chilis.