There is no secret here: I’m an avid pork dumpling lover. The fatty meat, with the salty, toasty and acidic sauce….paired with some scallions and the squishy dumpling dough…. it all just sends me over the edge. There was a time in my life where I was genuinely addicted to ordering dumplings from the 24 hour Chinese restaurant around my corner… one lonely day, I woke up with a bag of dumplings outside my door. I ordered them at 7AM, and I slept through the delivery. It was a low point. I had to figure out a way to enjoy that same delicious taste, but with a hint of health. Selfishness aside, a lot of you have been asking for vegetable-based recipes. Alas, here we are, with these absolutely delicious mushroom veggie dumplings.

Before we move forward, I want to note that these can be vegan, or they can not be. In my video, I show how to make both wontons and traditional round dumplings for this recipe, and I omitted using egg wash to seal the edges of the wonton. Water worked just fine for me, but the traditional way to seal wontons is to use egg wash.

I also want to note that the wrappers (both wonton and dumpling — only difference was the shape) I used did not contain any animal products in them. You can also make your own dough.

Finally, you can swap any of these ingredients for a choice of your preference. Can’t find enoki or shitake mushrooms, or you simply don’t want to use them? No problem, sub whatever mushroom you like. Same goes for the green beans and the herbs. Feel free to customize all of this — this is your meal. I just want to inspire you to make a dish that we tend to order out the majority of the time. 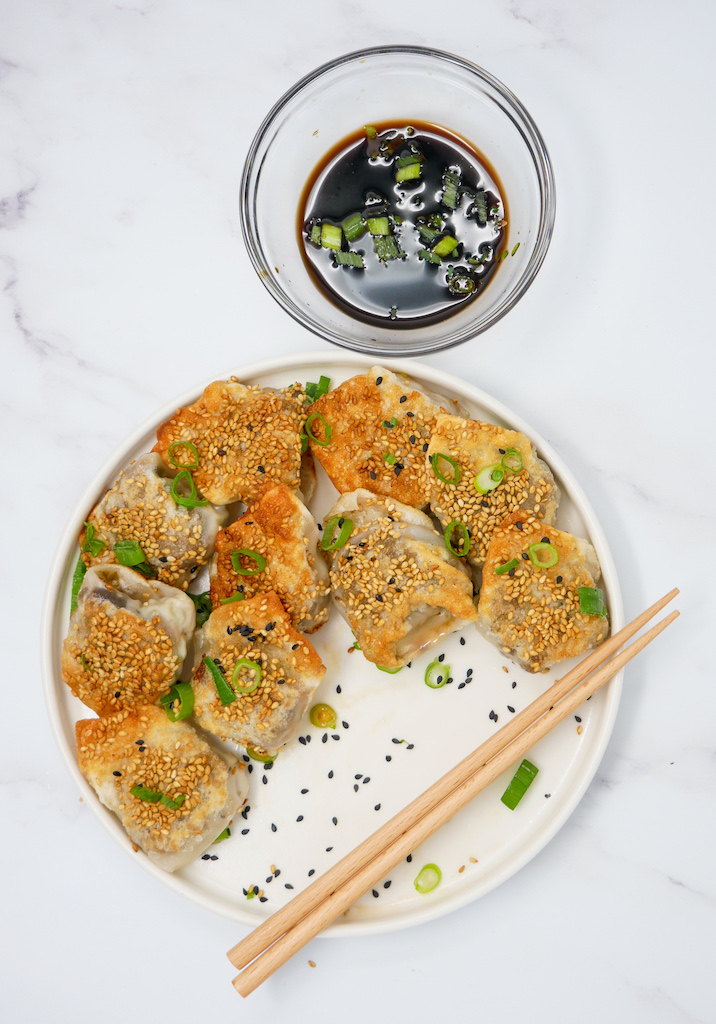