“Bikini Season” is Such BS

Ah, yes. Bikini season! It’s right around the corner and the hype is all too real. And when I say the hype, I’m not talking about getting pumped up about warm weather sun and fun. I’m talking about the hype surrounding anti-bikini season. Yes, you read that right. Anti-bikini season. It’s a term I made up to describe the influx of “food is better than being in good shape” posts I’ve been seeing on the Internet. Seriously, everywhere I look there’s a post about how “pizza is better than a bikini body” or “why have abs when you can have kebabs,” etc. etc.

Now, before I continue, I think we all know I’m a huge advocate for eating greasy burgers in sweatpants while watching Netflix, showering in Nutella and taking the occasional personal wine bottle to the face. I also really appreciate a good joke and tend to make plenty about how I will probably end up marrying a chicken finger instead of a male human being. However, I believe that I can have abs and kebabs and that I shouldn’t have to justify myself for choosing pizza over going to the gym. And that’s why I don’t like seeing so many posts like this: 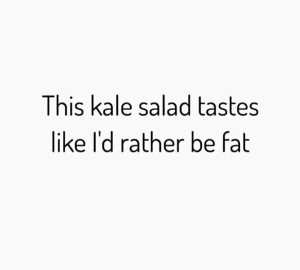 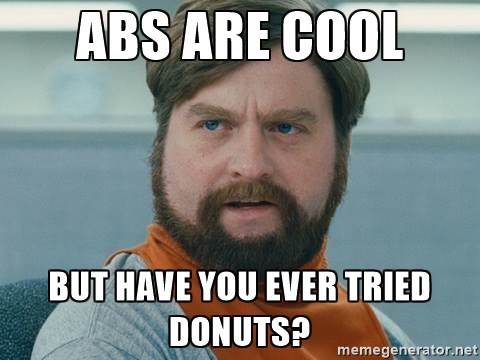 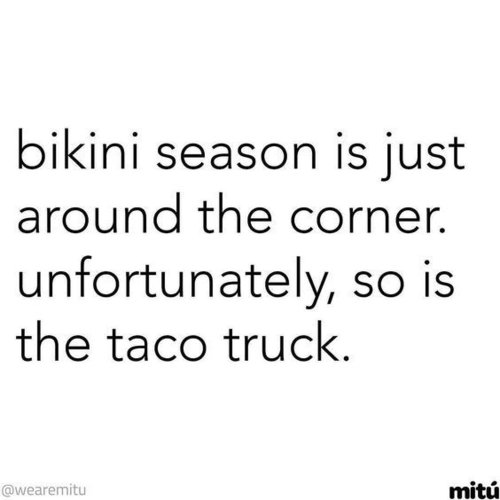 These are “anti-bikini season” posts. Yes, they are jokes (we all have those moments where we skip the gym to eat a pint of ice cream…at least I hope I’m not the only one) but constantly posting memes like this only promotes the idea that enjoying food and having a healthy body can’t coexist. Lately, when I scroll Instagram, I feel like I’ve entered a world where taco trucks are the enemy in one’s battle to attain a “good body” (whatever that is, anyway) and doughnuts are the obstacles that stop people from achieving body confidence on the beach. That doesn’t sound too healthy to me. I don’t want to see doughnuts as obstacles and I most certainlydon’t want to avoid going to the taco truck because I’m scared I will look “fat” in a bikini. Quite frankly, I want to get my takeout bag of tacos, bring them to the beach, and eat them proudly on a giant pool float while wearing my skimpy two-piece. And that I will do.

I know this is pizza, but same difference

I’ve had a lot of people ask me how I’m “not fat,” or (my personal favorite) how I’m “not 500 pounds” which I don’t like the wording of but that’s just how people tend to put it. In response to this, I get all awkward and turn bright red. I have many answers to this question, but I don’t want to talk that person’s ear off (especially since my line of work could be considered highly narcissistic) so I usually go with “it’s all about balance, and I love to workout.”

This is all fine and true, but now that it’s almost “bikini season” and the Internet is portraying pizza as the enemy of skinny-seeking humanity, I thought it was time to elaborate.

For me, “balance” is more than just “eating in moderation.” Some people believe if they limit themselves to only 1500 calories of cupcakes and pizza, they are using portion control to eat what they want and lose weight. And yes, they technically will shed some pounds. However, contrary to popular belief, being skinny is not the same as being healthy. After working in this industry for over a year now, this is a point I can’t reiterate enough. In fact, in the beginning of my recipe development career, there were times when I was working on so many sweets (which I would have to taste with portion control) that I actually ended up becoming malnourished. Yes, it is possible to eat cake and candy while not gaining weight, but let me tell you — it’s not pretty nor is it fun.

So after that whole fiasco, I began to take nutrition much more seriously. But of course, as cooking and eating crazy food concoctions is not only my passion, but my line of work, I had to find a way to have my cake and eat my kale too. I began to balance my “moderation” foods (AKA the few bites of that chocolate bar or cupcake) with full-sized nutrient-filled meals. When I say “nutrient-filled meal,” I’m not talking buckets of raw kale. Solely eating buckets of raw kale would also be unhealthy (for some reason our society has an obsession with extremes). The nutrient-filled meals I’m talking about consist mostly of protein and greens which are actually much more fun than you may believe!

When I started nourishing my body properly my stomach would stay full (but not overly so), I wouldn’t go overboard when I did end up getting my hands on chocolate bars and cheeseburgers, and I had subsequently more energy for my workouts. Even when I’m posting madness on Instagram, I promise myself to incorporate greens and protein into my diet everyday so I can have that balance. Here are some healthy dishes I love that don’t make the gram but taste damn good: 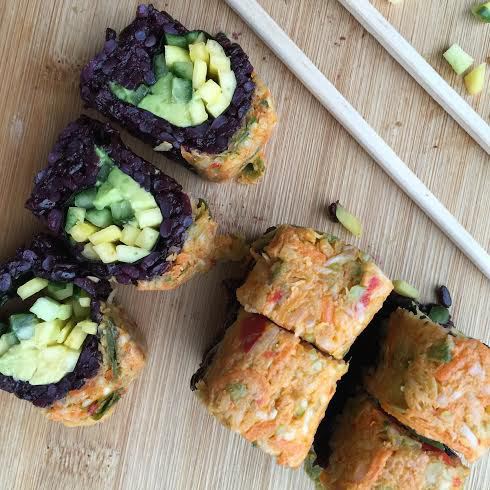 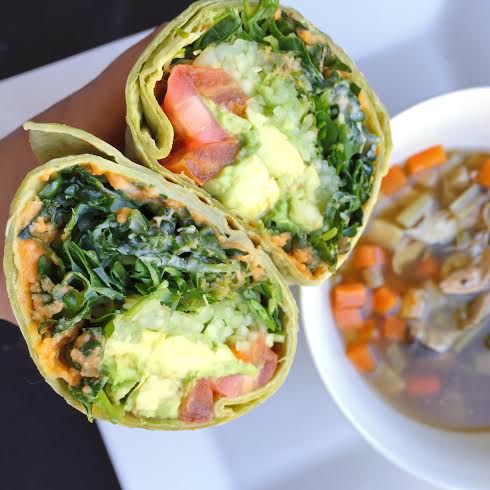 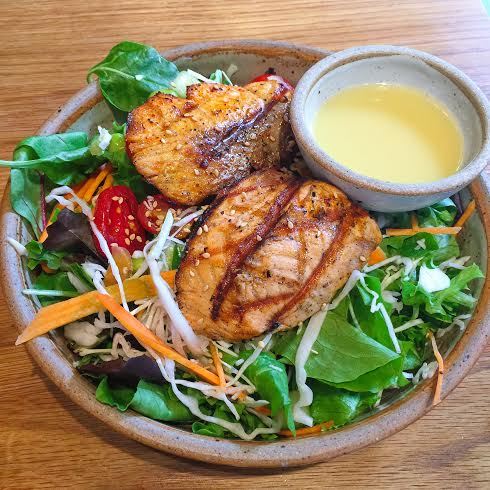 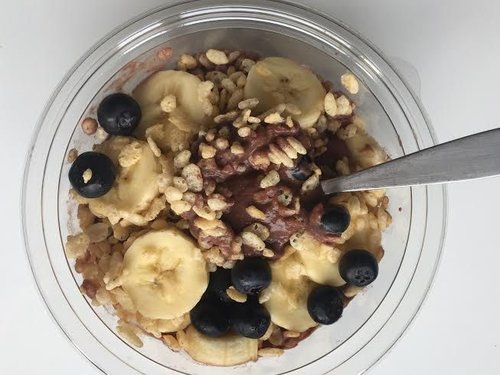 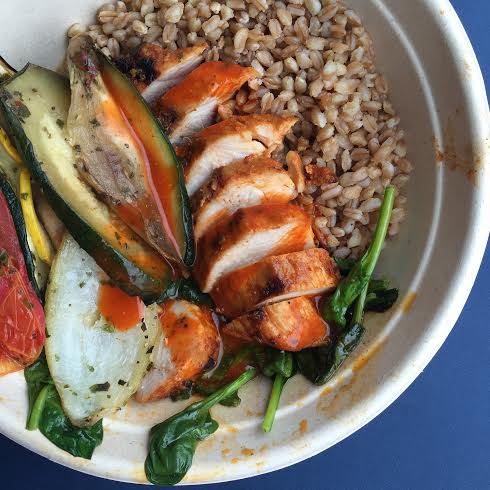 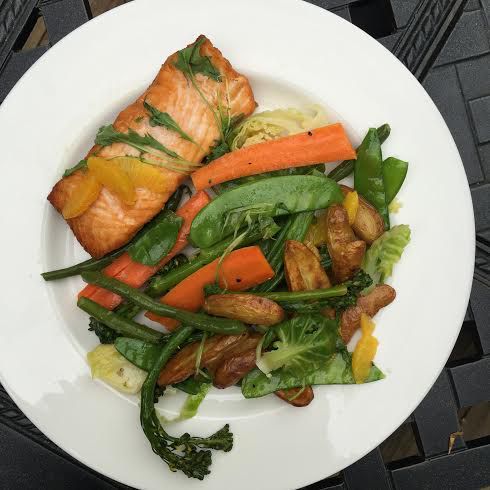 And when I want a taco, a slice of pizza, or even that box of doughnuts when I’m feeling extremely tired after a long work week, I will eat and enjoy without thinking how I could “ruin my bikini body.” Instead, I enjoy my food at that moment and I’m glad my body is healthy enough to digest it. I wake up the next morning and get on with my day. Pizza shouldn’t be a guilty occasion and doughnuts shouldn’t be a setback. They should be enjoyable experiences. And that’s what all food should be. 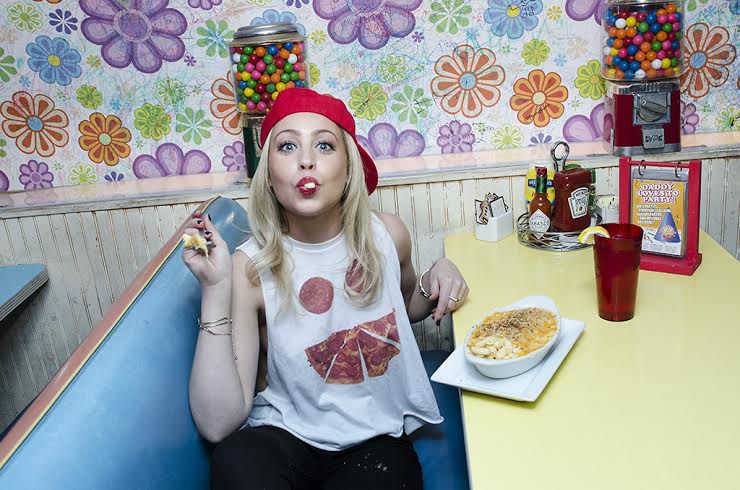