Why I Think Weighing Yourself is Complete BS

It’s no secret that weight is a very popular topic on this planet. As a 90’s kid, I remember growing up and seeing stick thin models everywhere and flawless photo shopped ads all over Walgreens (my beauty store of choice in Wilmington, DE). Over twenty years later, we’re fortunate enough that the repercussions of producing unrealistic beauty standards have been addressed…at least sort of.

It’s true our generation is beginning to celebrate curves and athletic figures, instead of just idealizing completely unrealistic slim, immaculate looking women with no cellulite. However, I don’t think we have fully promoted the idea that being healthy is being beautiful. I think this is because being healthy is different for everyone (and looks different for everyone), and unfortunately, large corporations who are on the producing end of food/wellness product advertising don’t like that. They want to tell us that they can make us healthy and beautiful with their products. I.E.: we need to have protein powder because being super athletic and toned is “in,” or we must go vegan to achieve a glowy complexion like Gwyneth Paltrow. 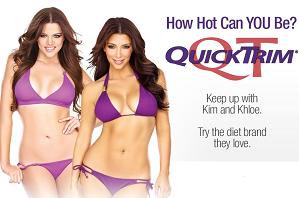 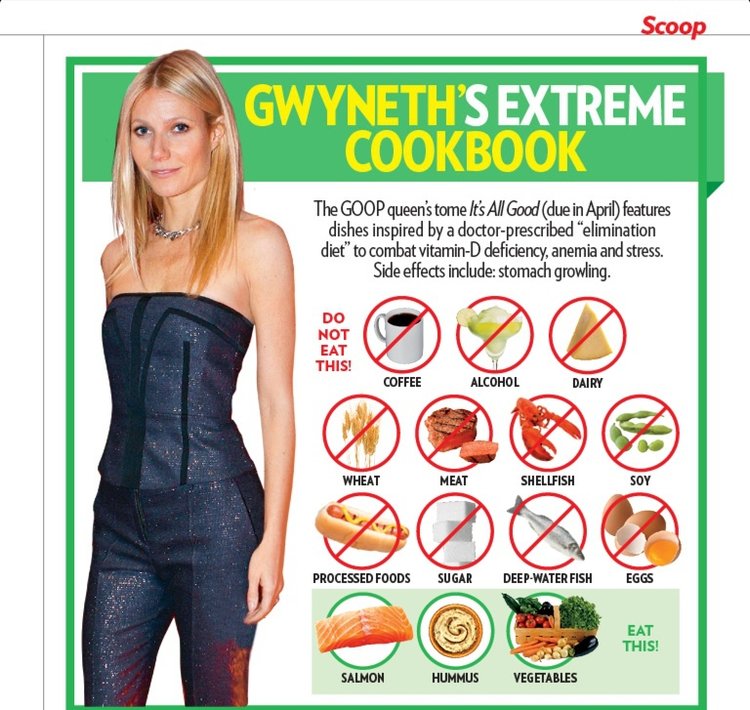 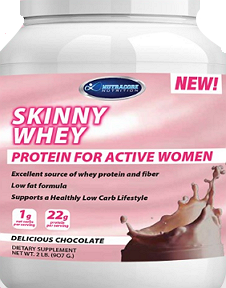 One of the biggest messages the media sends out there, is that maintaining a low weight and having a slim physique is synonymous with being healthy. And this is not true.

Growing up, this weight = health mantra was engrained into my brain. Think about it. When you’re a kid, you go to the doctor and the first thing you do is step on the scale. There are charts everywhere outlining healthy and unhealthy weights and BMIs. Outside of the doctor’s office, there are commercials on the TV and radio for weight loss programs, diet pills and gym memberships, all focused on promoting a slim physique.

Even if you didn’t know it, if you had access to a TV, radio, magazine or even looked at billboards on your drive to school, you were soaking up the idea that the number on the scale defines part of who you are. “Mama” may have been my first word, but “Nutrisystem” was a close second.

To put this obsession into context, when I was younger (around 10), my body was preparing for a growth spurt and I also discovered my love for Oreos, sue me. I was a bit puffy around the edges, but little did I know I was about to stretch that skin out. Some girls called me chubby, then after my growth spurt (I grew about 6 inches, giving me a lankier appearance) *bam,* there were rumors going around that I was anorexic. I was twelve! And I was being told I was anorexic! What is this?!!? 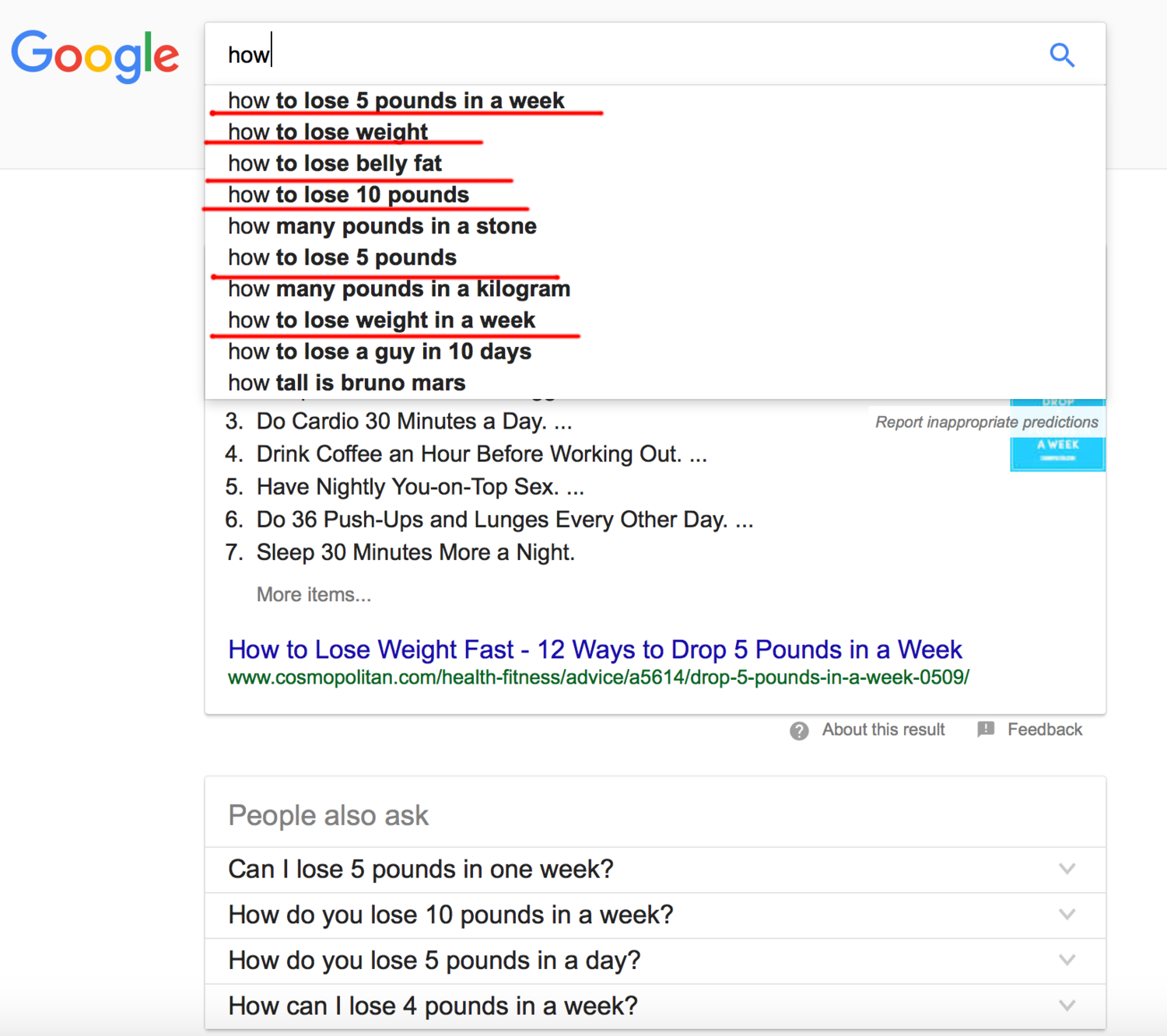 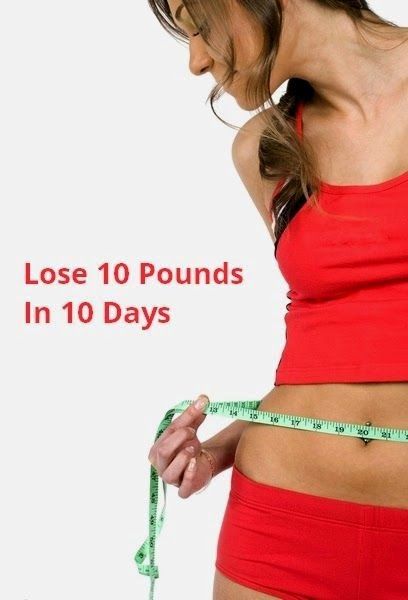 After my whole growth spurt ordeal, I finally became adjusted to my body. But this was when I was hitting puberty, so of course I was still growing in all the right and wrong places. I knew I was changing, but I also knew that hopping on the scale every morning could be an effective way to reassure myself that my body was on the right track to being a beautiful adult. Because that’s what I thought: being 120-122 pounds was being beautiful. I was told that weighing yourself every morning is normal, so I did this for years just to keep myself in check. Up until a few years ago.

Pursuing a career where I have to indulge and keep up my appearance made me face this weight =  health idea head-on. After years of trying to figure out how to balance my career and my health, I’ve learned that being healthy comes with being in touch with yourself and making sure you feel good. Yea, I bet you’ve heard that before from some yogi bloggers who take photos with their acai bowls while sitting on rocks in the middle of water falls. Don’t worry, that’s not me. Just hear me out before you roll your eyes. Like I said, health is about being in tune with your body and feeling good. It’s not about putting yourself in uncomfortable situations to make yourself think you are getting healthier and more beautiful. 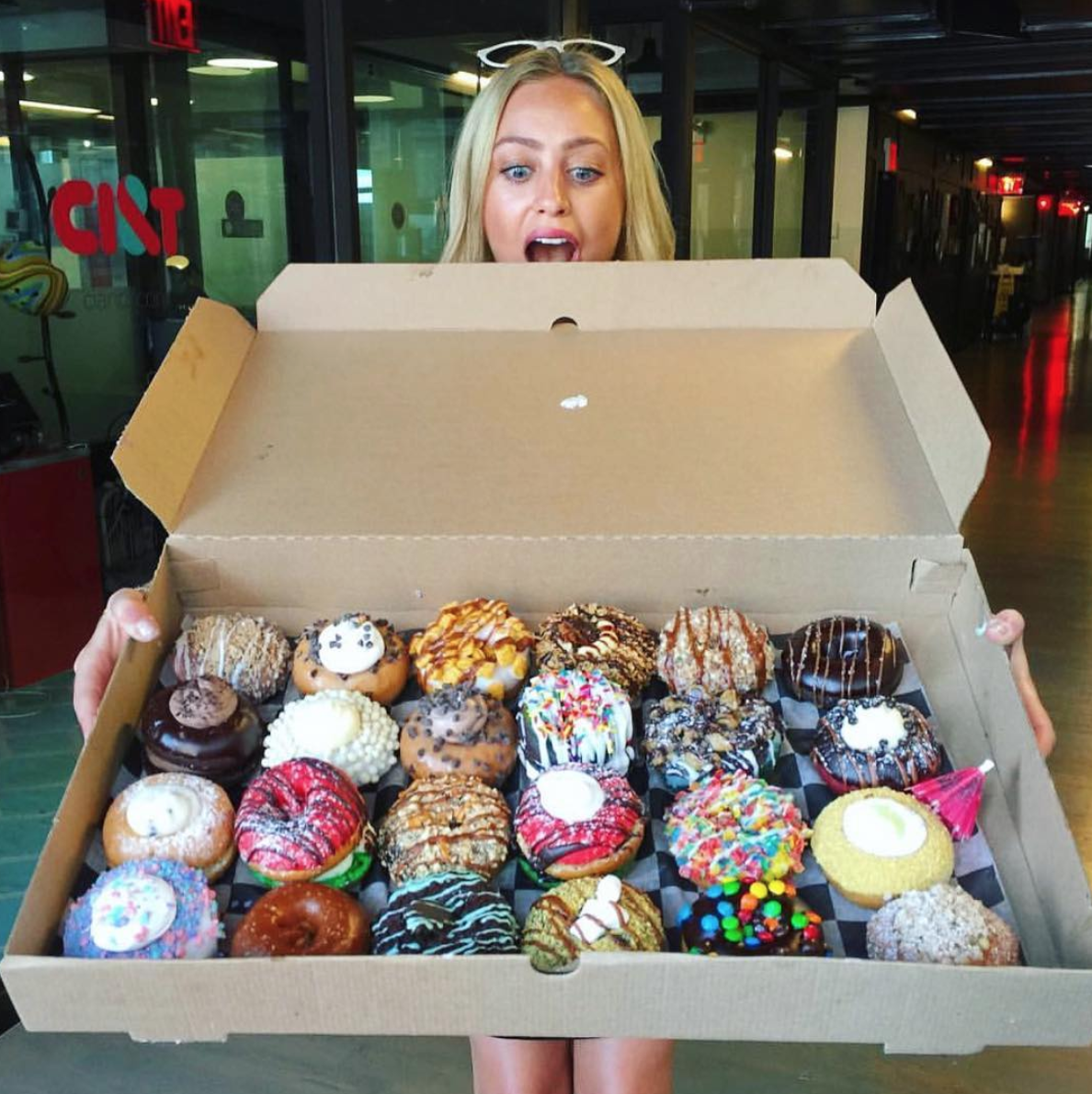 For example, no-carb/low-carb diets. Chrissy Teigen swears by these. I tried it once and noticed I lost, like 4 pounds in a week. This was back in the heyday of weighing myself every morning. I thought I was being healthy because the number was lower. I ignored the fact that I was feeling bloated, extremely low energy, and was having digestive issues. If the number was dropping, I was doing the right thing…right?

I wasn’t feeling good and this wasn’t good for my body. This is because my body is not Chrissy Teigen’s body.

One of the most crucial things I’ve learned after years of food blogging is that health is always the most important. In my job, I’m thrown into situations where I have to eat the brownie or drink the champagne. I literally can’t do my job if I go on a diet. This has forced me to find a way to balance being around indulgent foods while maintaining a healthy lifestyle. 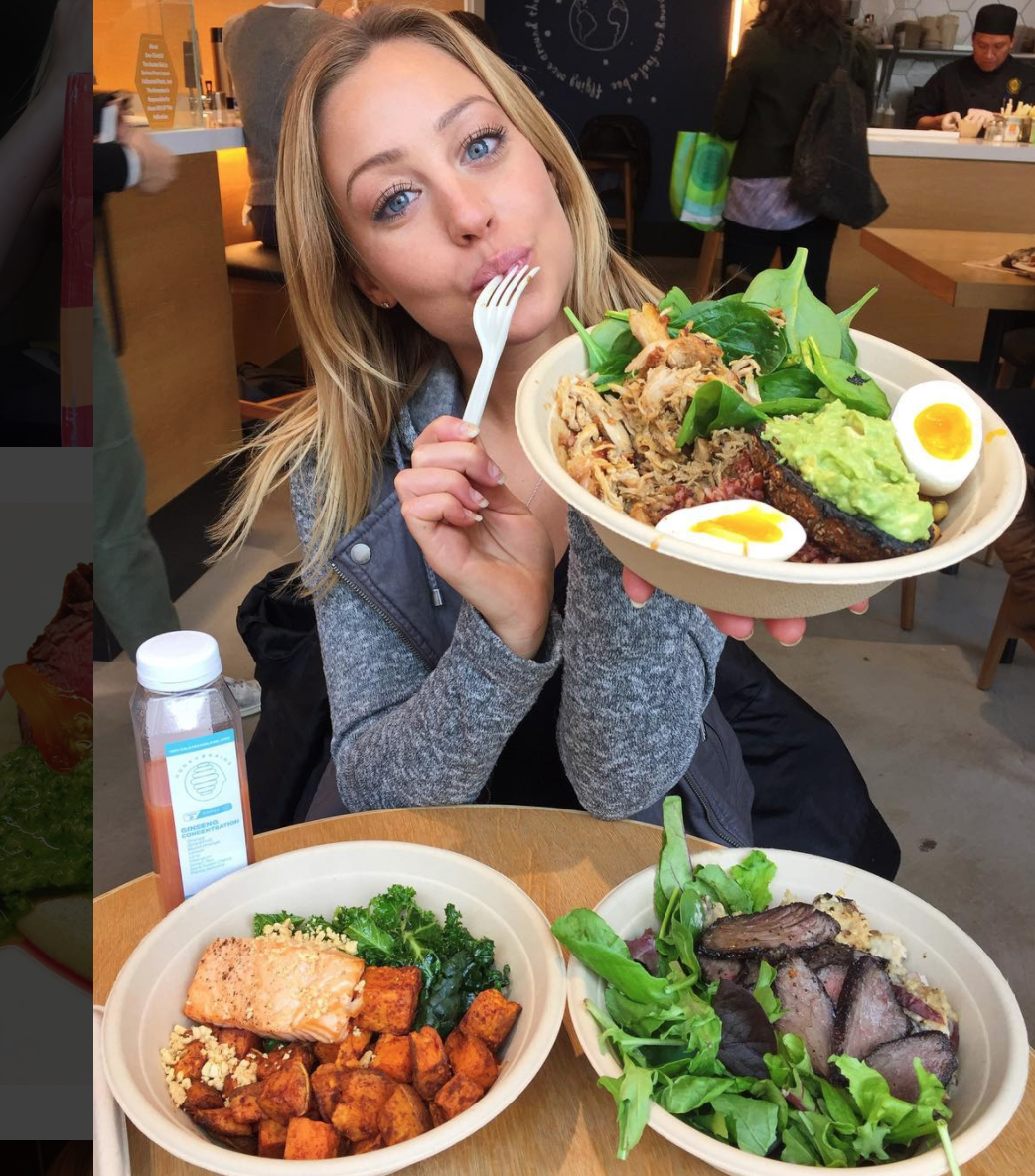 But it wasn’t always about that for me. In the beginning of my blogging career, the scale played a huge role in my life. I was going to tons of shoots, events and press meals and would realize how much I was eating and drinking, get anxious and then weigh myself the next day. It not only was stressful, but being obsessed with a number was taking away from being in tune with my body, since I let the number stand for how I felt. No matter how shitty I felt (and looked) from drinking at least four nights a week and overeating, if the scale was in the 120 range, I was fine. 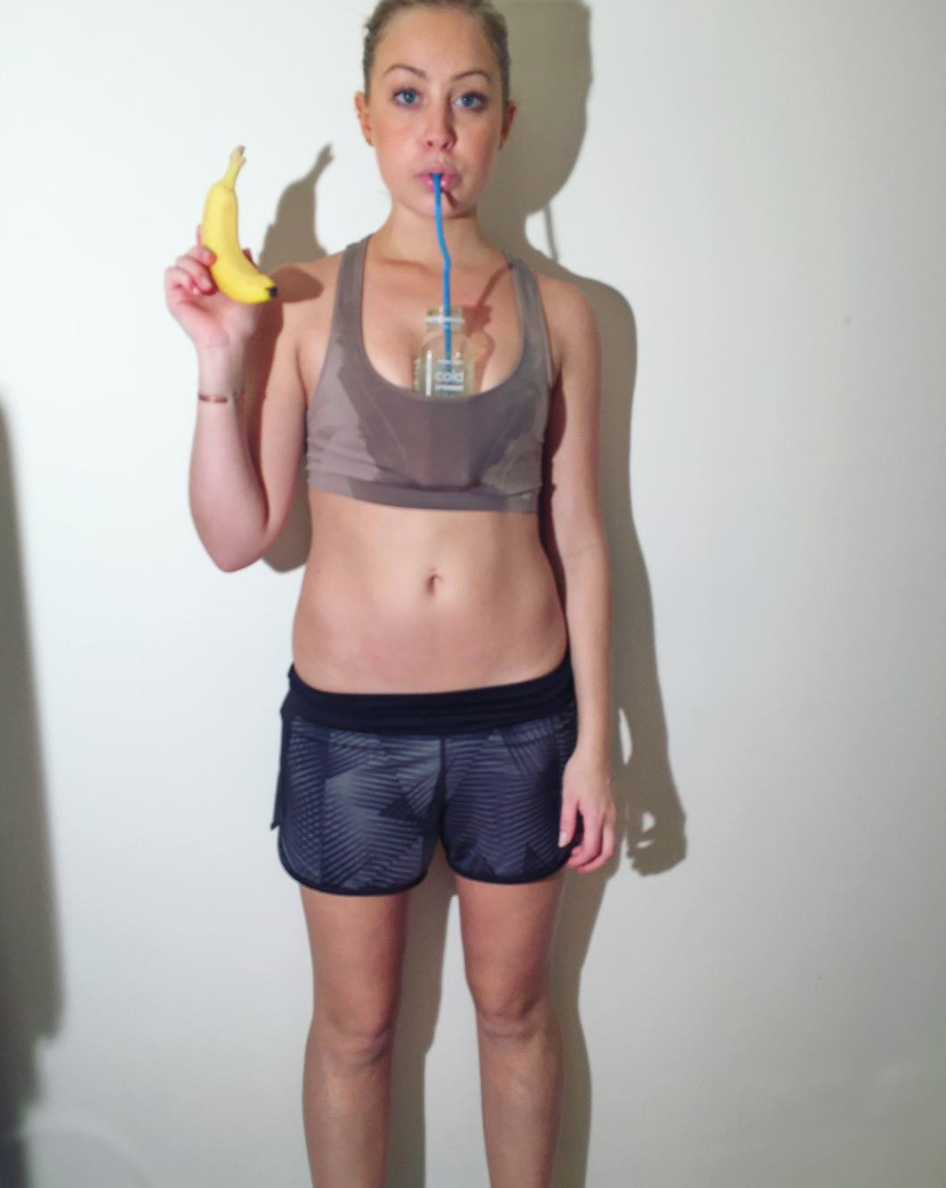 Fast forward to October 2015, I began feeling funky. I was sleepy all the time, my head was in the clouds, and I was eating unhealthy food all the time so my blood sugar and sodium levels were never consistent. I have a very rare autoimmune disease, so I thought it might have had something to do with that. I went to my doctor, had a blood test and found out that I had extremely low iron. I am not anemic, so this was because I wasn’t allowing myself to get the proper nutrients in my diet. I know having low iron isn’t a huge deal, but for me it was a big “aha” moment. I had spent years thinking of my body as a 122-pound blob that needed maintenance and upkeep(i.e. working out to look toned and eating no carbs to lose weight). I wasn’t treating it like an extraordinary machine that needs care and attention.

After that appointment, I threw my scale away and I haven’t weighed myself for three years. It took me a while to start listening to my body’s signals for what it needs and wants. I need carbs to have energy. I need Kefir dairy for the probiotics. The whole “carbs and dairy are bad for you” idea doesn’t apply to me. I need vegetables for vitamins and minerals, like any normal person. Eating too much protein actually makes me sick. It doesn’t make me “lean” or “toned” like all these fad diets claim. The only way protein overload would help me become leaner would be if I were to start extreme weight lifting every day. I have rheumatory arthritis. My body isn’t made for that. If I were to weight lift everyday, it would cause inflammation in my joints and I would be in pain and under stress, which would in turn cause swelling and weight gain. Bottom line is, if I were to listen to all of these fad diets and eat what I think is healthy based on what the media says, I would actually be extremely tired, sick and over worked. I eat what I want to eat and I indulge the way I want to indulge. I eat when I feel hungry and stop when I feel full.

When I was weighing myself, I didn’t do that. I would eat until my pants burst open because I thought, “oh today I weighed 118, I’ve got some room to spare!” Then I would feel horrible and hop on the scale the next day for reassurance. A word of advice: if you need reassurance, get yourself a therapist. Find out where that need comes from, and work from there. But the scale won’t give that to you.

What will give you reassurance is always being happy with yourself. I don’t know about you, but for me, being happy is being able to excitedly eat pizza and know my body will feel and look the same the next day. Being happy is going on a date on Monday and ordering what I want instead of “dieting” during the week just so I can over indulge over the weekend. Being happy is being in a room full of delicious treats and not feeling overwhelmed by temptation. Being happy is when the weight is lifted. Happiness is weightless. 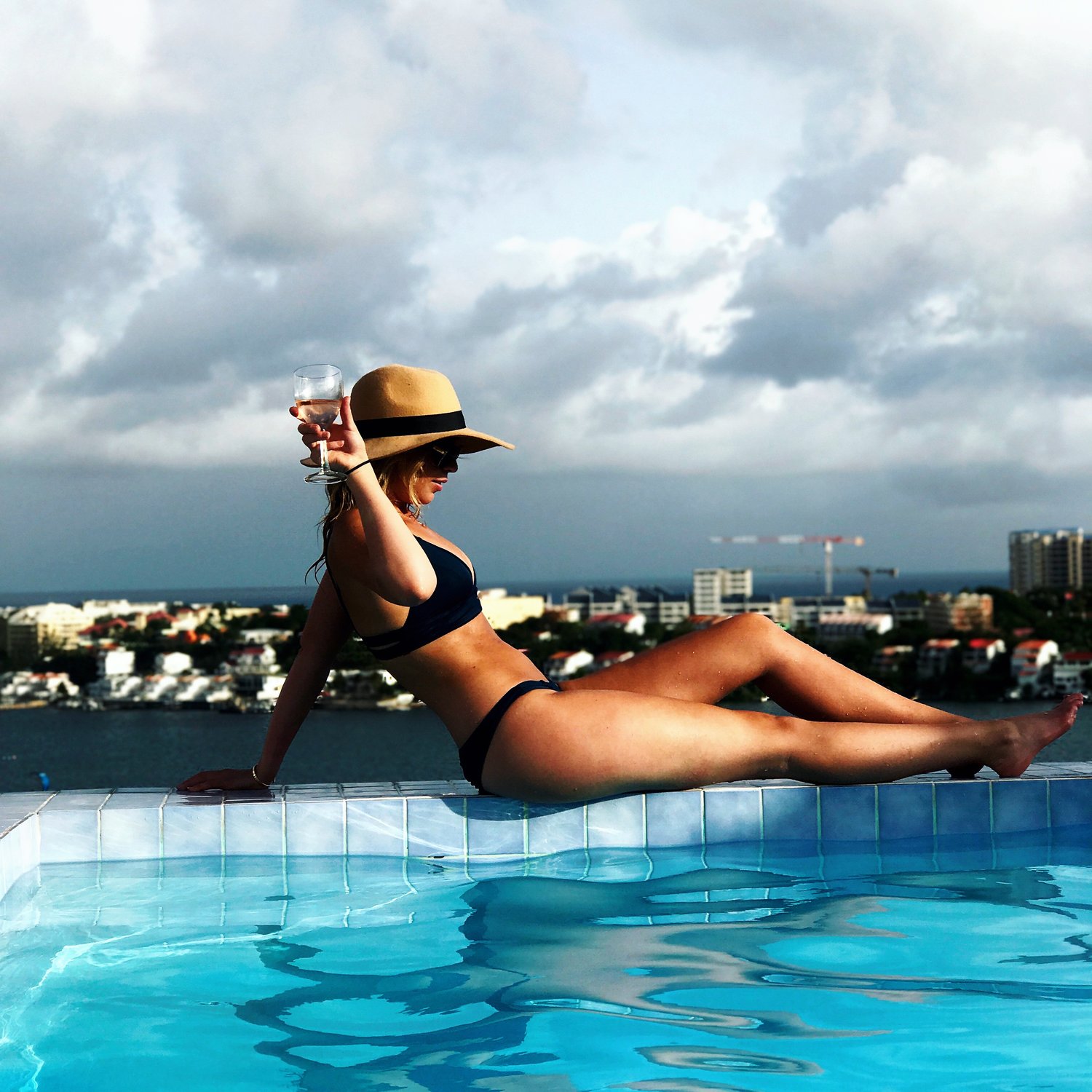