Oh boy, these are a MOUTHFUL. If you liked my gooey cake batter sugar cookies and my DIY Levain bakery style cookies, then you will eat these up. Literally.

These robust snickerdoodle cookies are around 6 oz. each and are stuffed with a maple cinnamon cream cheese frosting. The cookies themselves are light and fluffy cinnamon infused sugar cookies, which are then coated in a cinnamon sugar dust (yum.) So, that being said, you can totally skip the filling here and still be left with beautiful fluffy snickerdoodles. But, I do recommend trying at least one stuffed with the cream cheese frosting because it’s like a cinnamon roll and a snickerdoodle had a delicious baby….

That being said, if you don’t like cinnamon, definitely steer clear of this. It’s a cinnamon lover’s dream.

Because baking can get scientific and complicated, I made a video outlining the recipe and all of the steps. Feel free to watch it before you whip these up, so you have an understanding of the method here! I also am linking some of the products I used because baking is allll about the science and using the right equipment! 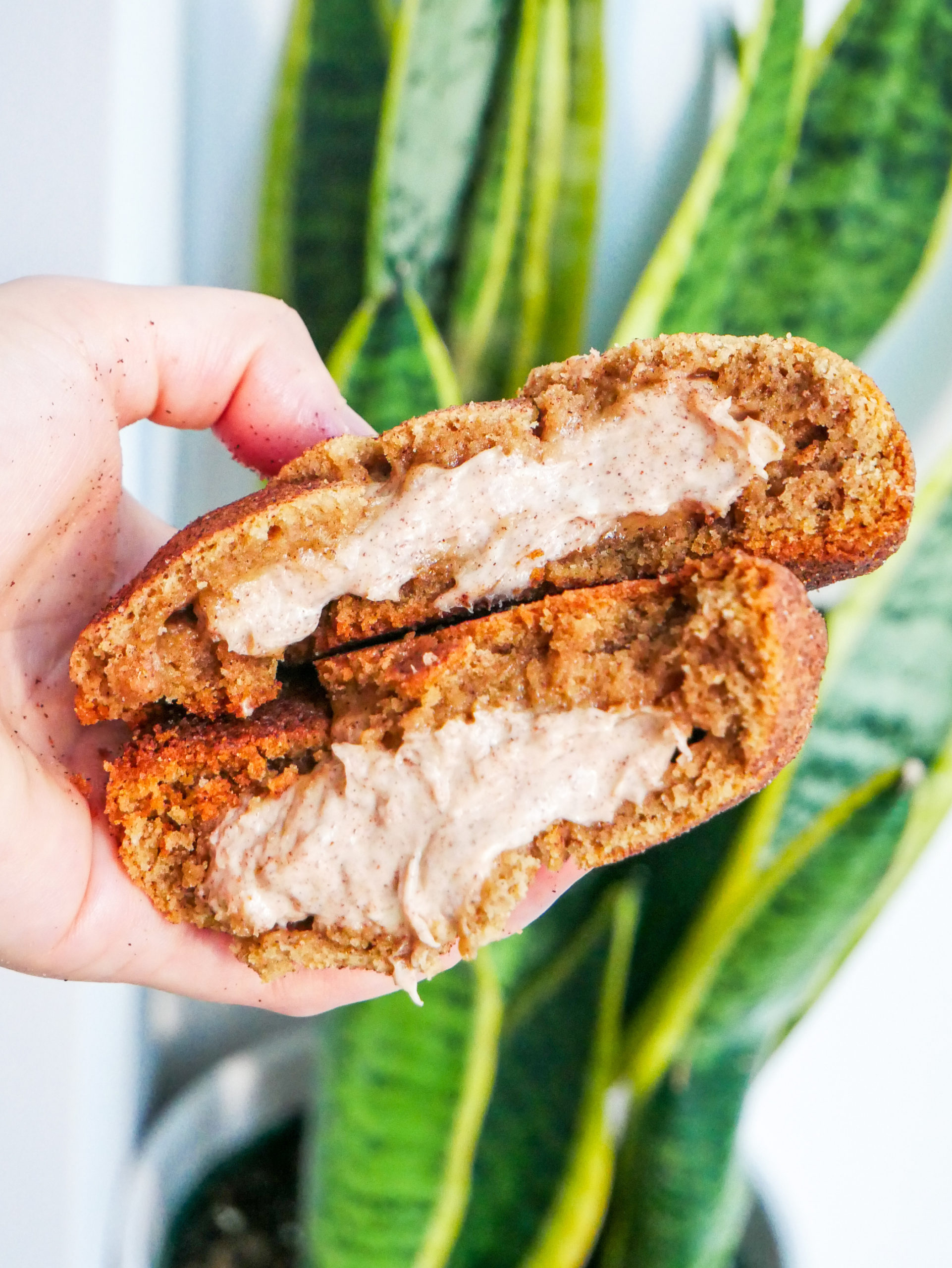 Next level massive, fluffy snickerdoodles that are stuffed with a maple cinnamon cream cheese frosting. These are what would happen if a snickerdoodle and a cinnamon roll had a baby. And it's delicious.
Print Recipe Pin Recipe
Course Dessert
Cuisine Dessert
Servings 8 cookies