I’ve been riding the gluten-free train lately , but I wanted to hop off and take the vegan train for a little spin! It’s no secret you guys want healthy recipes this January, but I was surprised at how many of you requested plant-based dishes. That being said,  I wanted to make one that would knock your socks off. I didn’t want to just cook a vegan recipe for the sake of doing it…instead, I wanted to create a vegan recipe that I think anyone, no matter their dietary restrictions or lack thereof, would love. If you’re not vegan, feel free to swap out anything you want in this recipe for the non-vegan alternative! 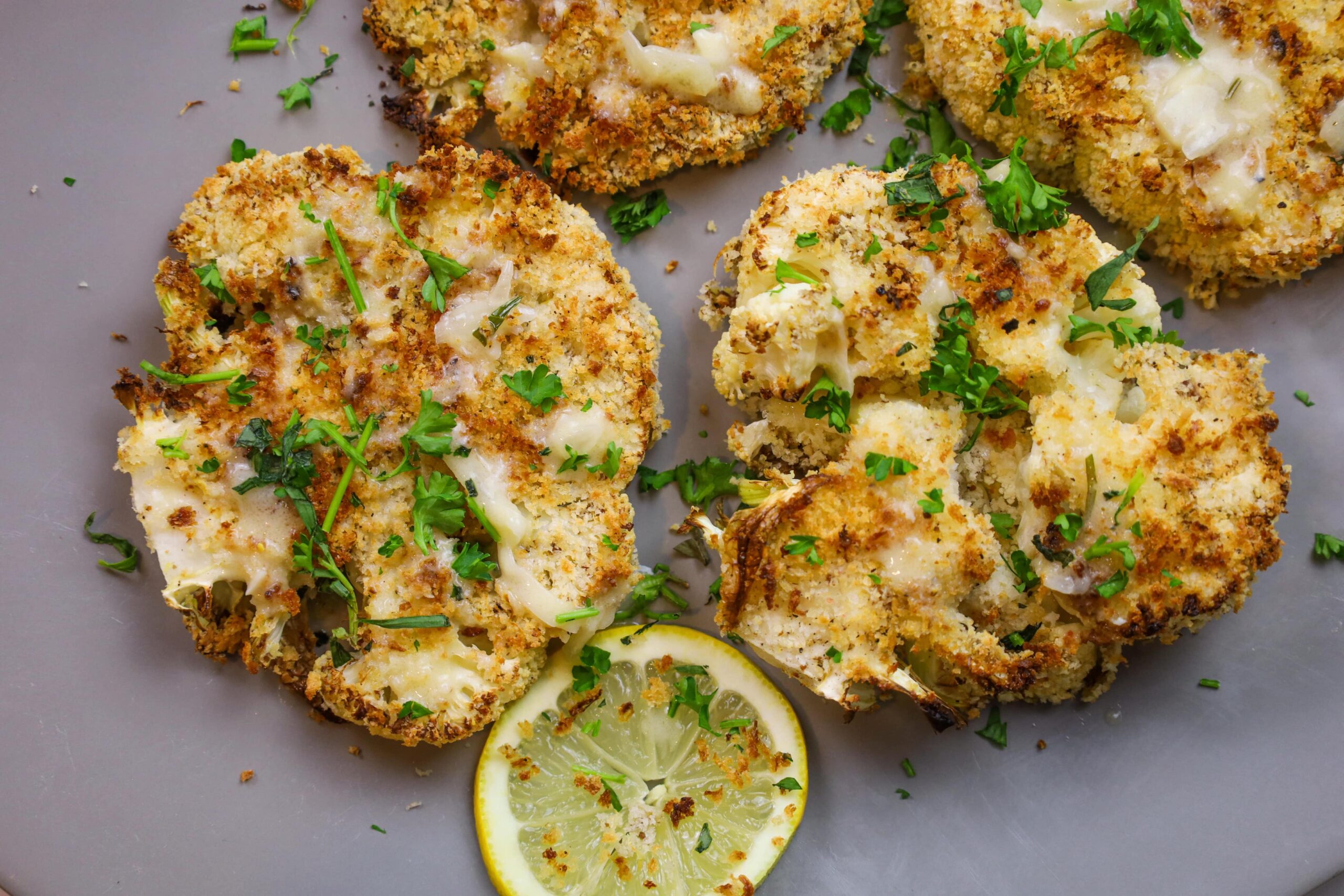 Speaking of those swaps, here is what I would do if I was making this “non-vegan.” What’s the technical word for cooking that isn’t vegan or related to any dietary restriction? I would actually keep the flax egg instead of using traditional egg wash because I love the way the flax seeds crisp up with the panko bread crumbs. I would also add a little Parmesan cheese to the bread crumb mixture because Parm makes everything better in my opinion. I would also use regular whole milk in the cream sauce because I love me some dairy. But, like I said, I love this dish as it is and on a typical weeknight when I’m trying to be healthier, I would gladly opt for this vegan version. 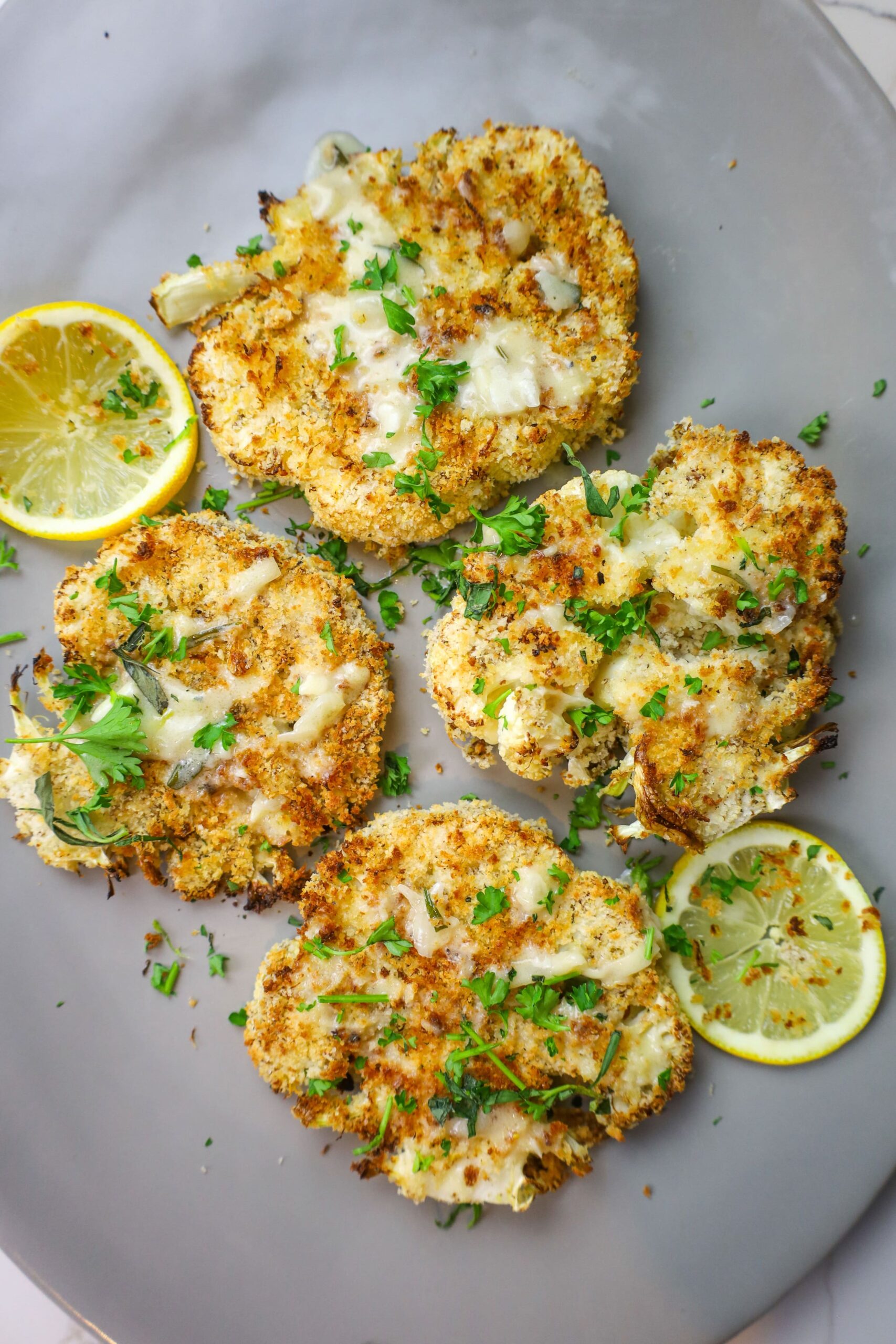 I only found pre-chopped cauliflower florets at the store, can I use these? Yassss you absolutely can!! If you want to use this same method to make cauliflower “nuggets,” please go ahead! You can serve the tarragon sauce as a dipping sauce, or just serve with BBQ sauce or ketchup.

If you’re a visual learner, I gotchu! Here’s a video on how to make this recipe. The best way to go about following any recipe is to look at the method and ingredient list, then if there is a video, to watch it and visualize the process!

This vegan recipe is a great option for anyone, vegan or not! Crispy cauliflower steaks or florets are breaded in a delicious panko bread crumb mixture and topped with an epic vegan cream sauce that will blow your mind!
Print Recipe Pin Recipe
Total Time 45 mins
Course Main Course, Side Dish
Cuisine American, Healthy, Vegan