I really left nothing out in the title for this post, but if you want me to tell you more about this dish, look no further! First of all, if you’re wondering how one can braise a vegetable (isn’t it usually a meat preparation?!) well I have news for you! You can braise anything! All braising means is to first cook the food with a dry heat (typically a pan-sear) and then to finish it off with a liquid, which usually helps tenderize the food that’s cooking. In this recipe today, that’s exactly what I do with some Brussels sprouts.

To break it down for you: first, we cook the bacon, which will render some delicious, sexy, smoky fat. Then, we remove the bacon and put our Brussels sprouts into the pan with the fat. In turn, they partially fry/sear in the bacon fat, yielding golden brown edges and a toasty caramelized flavor. Brussels sprouts are tougher, robust vegetables, so many people blanch them (AKA briefly cook in boiling water for 1 minute to tenderize) before putting them in the pan to sear. This is where I decided to go with a braise instead, which is essentially the opposite of the blanch method. I decided to give my Brussels a beer bath, so they soak up the moisture and the flavor. Then, I added the bacon back into pan and toss it all together with a simple honey mustard glaze. And that’s the dish! Shockingly easy and unbelievably flavorful.

In a nutshell, here’s the method! 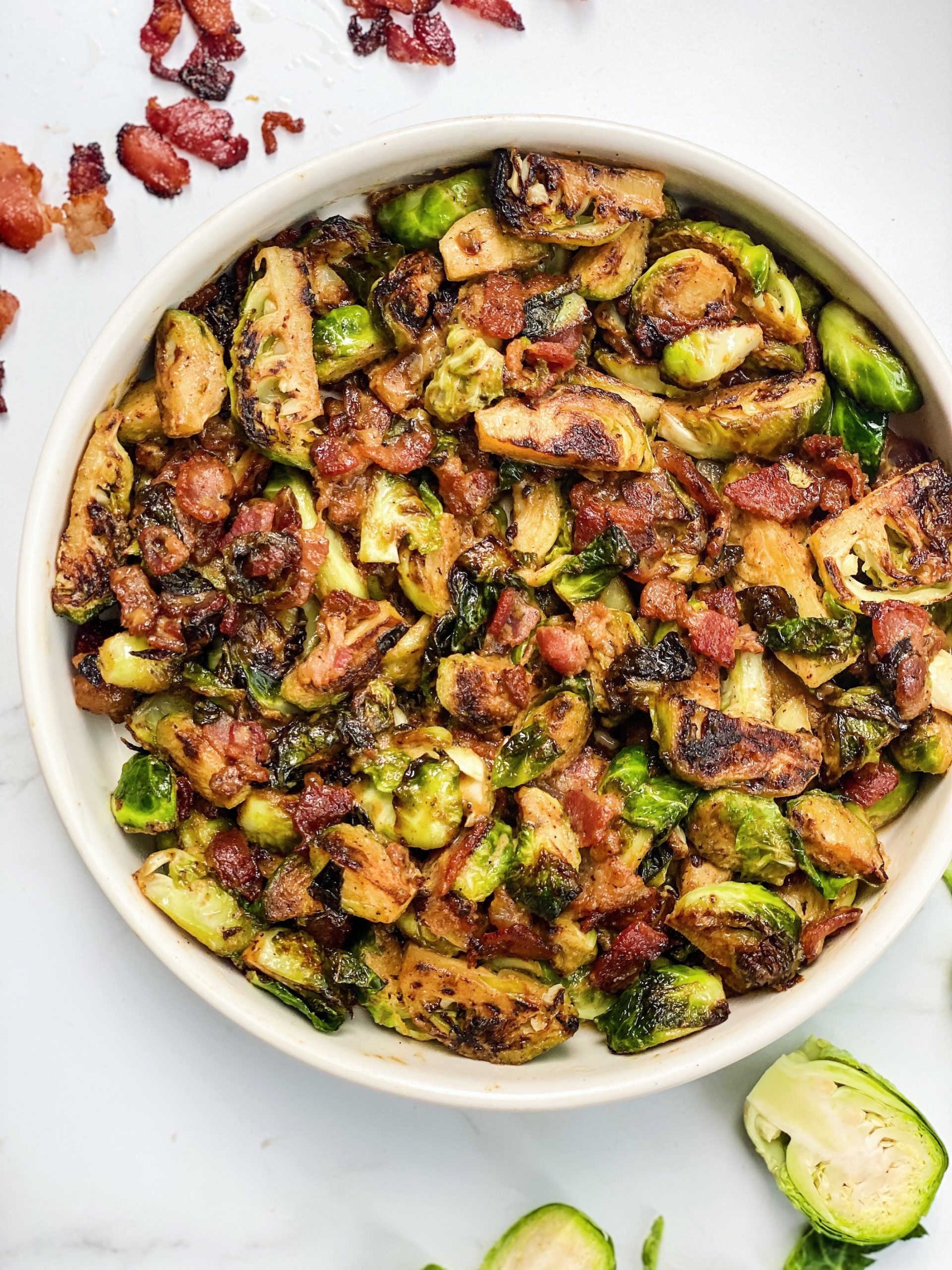 The classic bacon and Brussels sprouts combo, with a twist! These are braised in a comforting, wheat beer and tossed in a honey mustard glaze. This s a super easy, 20-minute DIY restaurant dish!
5 from 1 vote
Print Recipe Pin Recipe
Total Time 20 mins
Servings 4 sides