I don’t care what season it is. I will always eat cinnamon rolls. Rain or shine, sun or snow, nothing will stop me. But sometimes those store bought cinnamon rolls are just too indulgent for me….not to mention I can’t just eat one. I mean, let’s be real, I can never just eat one, but at least with this recipe, I know what’s going into my cinnamon rolls.

This recipe was my own Skyler Swap version of store bought cinnamon rolls, swapping out some artificial ingredients for wholesome natural options. No matter how you slice it, cinnamon rolls won’t be healthy. Let’s just take a moment to realize that. For example, I know these are more natural than my Pillsbury alternative, but they are also packed with butter and sugar for optimal deliciousness. What they aren’t packed with is gluten and yeast. These are completely yeast and gluten-free! So if you have any allergies, these are a great option to enjoy that don’t make you feel like you are missing out.

The reason I chose to make these with sweet potato is because of the natural starchiness and sweetness of the sweet potato. I find that the starchiness brings that doughy texture that we know and love, without having to resort to yeast. Of course, these aren’t bouncy pillows like yeast-filled cinnamon rolls. Instead, they are a little more bread like, with a more dense texture. I also love the sweet potato because it always goes nicely with cinnamon. And finally, um, hello …. it’s now fall, so cinnamon and sweet potatoes and comfort foods are always acceptable until springtime! Woohoo! 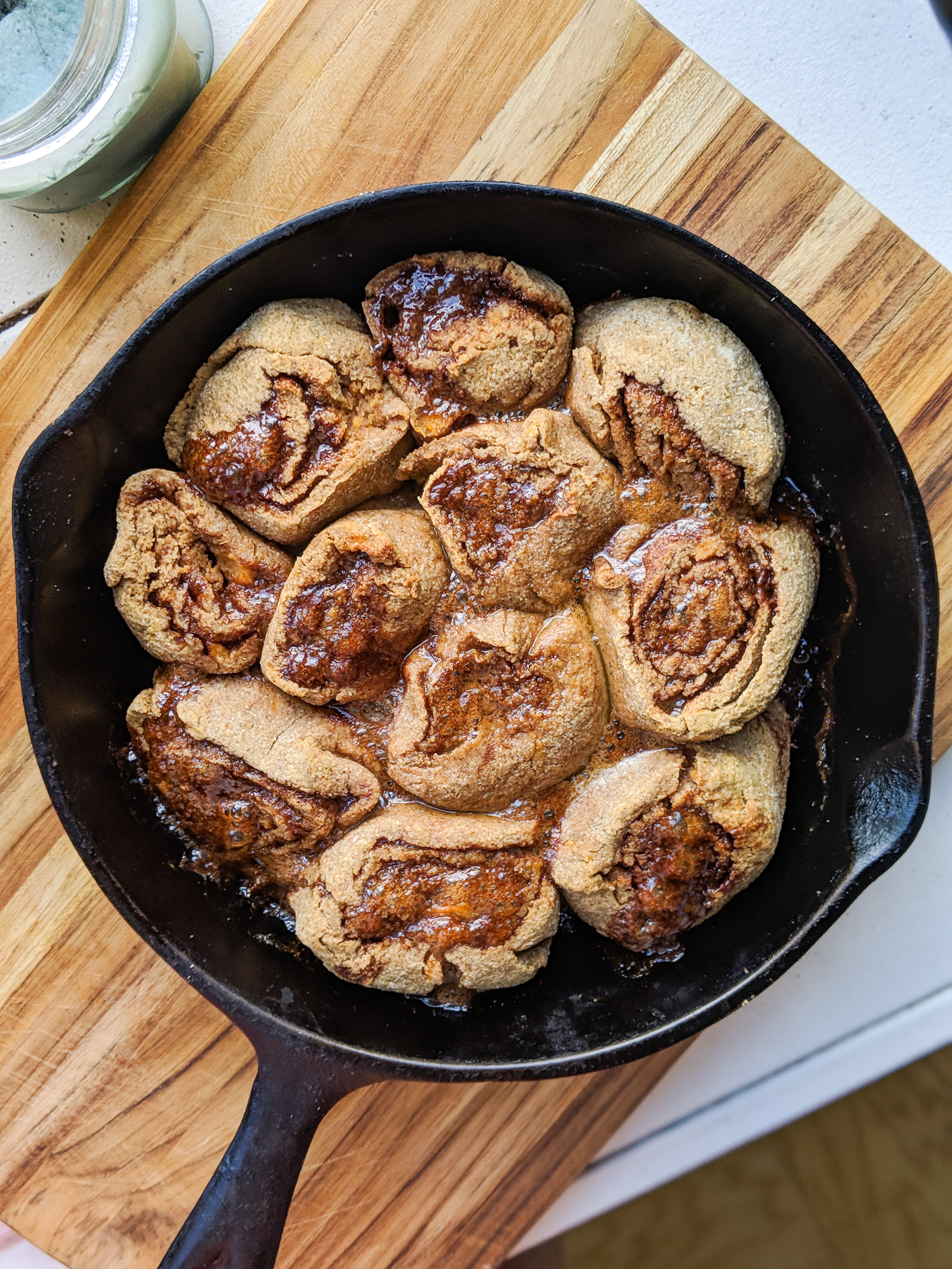 I didn't think I could enjoy a gluten-free cinnamon roll, but here I am with a skillet full of gooey, delicious sweet potato oat-based cinnamon rolls. The mashed sweet potatoes give a nice starchiness to make up for lack of gluten and yeast, and the oat flour holds everything together perfectly. What's even more fun is that you can top with my healthier Greek yogurt icing, or you can top with whatever you want! Pumpkin purée….Nutella… Chocolate ganache… store bought frosting…. and MORE.
Print Recipe Pin Recipe
Total Time 1 hr 30 mins
Course Breakfast, Dessert
Cuisine American, Dessert, Holiday
Servings 4