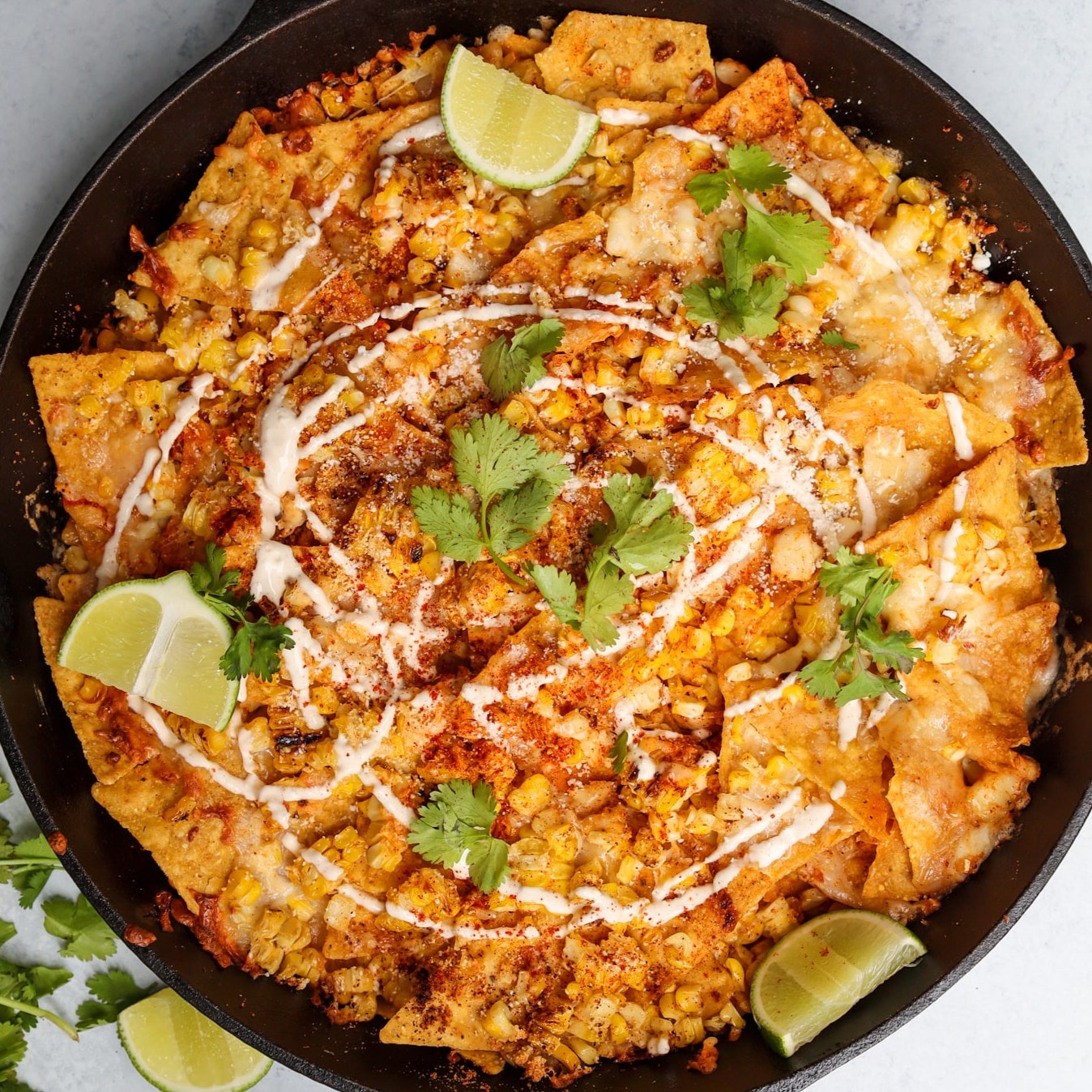 For this dish, I made a fusion of two popular Mexican dishes that I love: elote and nachos. This is like a light(er,) summery version of good old fashioned nachos and it’s perfect for a pool party, dinner with the family at home or to share with friends. Not feeding a group? You can make these nachos just for yourself by only making one layer (or just make the whole thing, no one is judging.) Or you can make a quesadilla with these same ingredients. I love this recipe because you can be really creative and have fun with these classic Mexican flavors and ingredients.

What is elote? Elote actually just means “corn cob” in Spanish. But, it’s mostly known as a popular Mexican street food, taking a grilled ear of corn and topping it with a generous serving of cotija cheese, crema, butter, chili powder, and lime (now I’m drooling.) Corn harvesting in Mexico goes back thousands of years, and you’ve probably noticed that corn plays a big part in Mexican cuisine. Corn tortillas, for example, are made of corn, which is used in tacos, burritos, enchiladas, quesadillas, and so many other dishes. According to my research, elote actually goes all the way back to the Aztec civilization, where indigenous tribes would grow it and bring it on their travels.

When it comes to nachos, do you ever wonder where they even came from!?!? Like what genius thought of this beautiful disaster-piece. Little fun fact here: nachos were invented due to the quick thinking of restaurant maître d’ Ignacio “Nacho” Anaya. When a group of American military wives burst into his restaurant in Piedras Negras while the chef was absent, he rushed into the kitchen to see what he could whip up. The solution was fried tortilla chips, topped with cheddar and jalapeños. The dish was a huge success with the ladies back then in 1943 and it still is. So basically, nachos were invented by a Mexican for American diners. This makes sense to me.

Now that we’ve touched upon where Elote and nachos came from (there’s definitely so much more history than what I’ve written out, but the important thing we note here is that both dishes came from the talented minds of Mexican chefs) we are now going to combine these two winning dishes with my Elote nachos. Basically what I did here is make some Elote, then shave it off of the cob and layer it between corn chips with Oxaca and Muenster cheese. 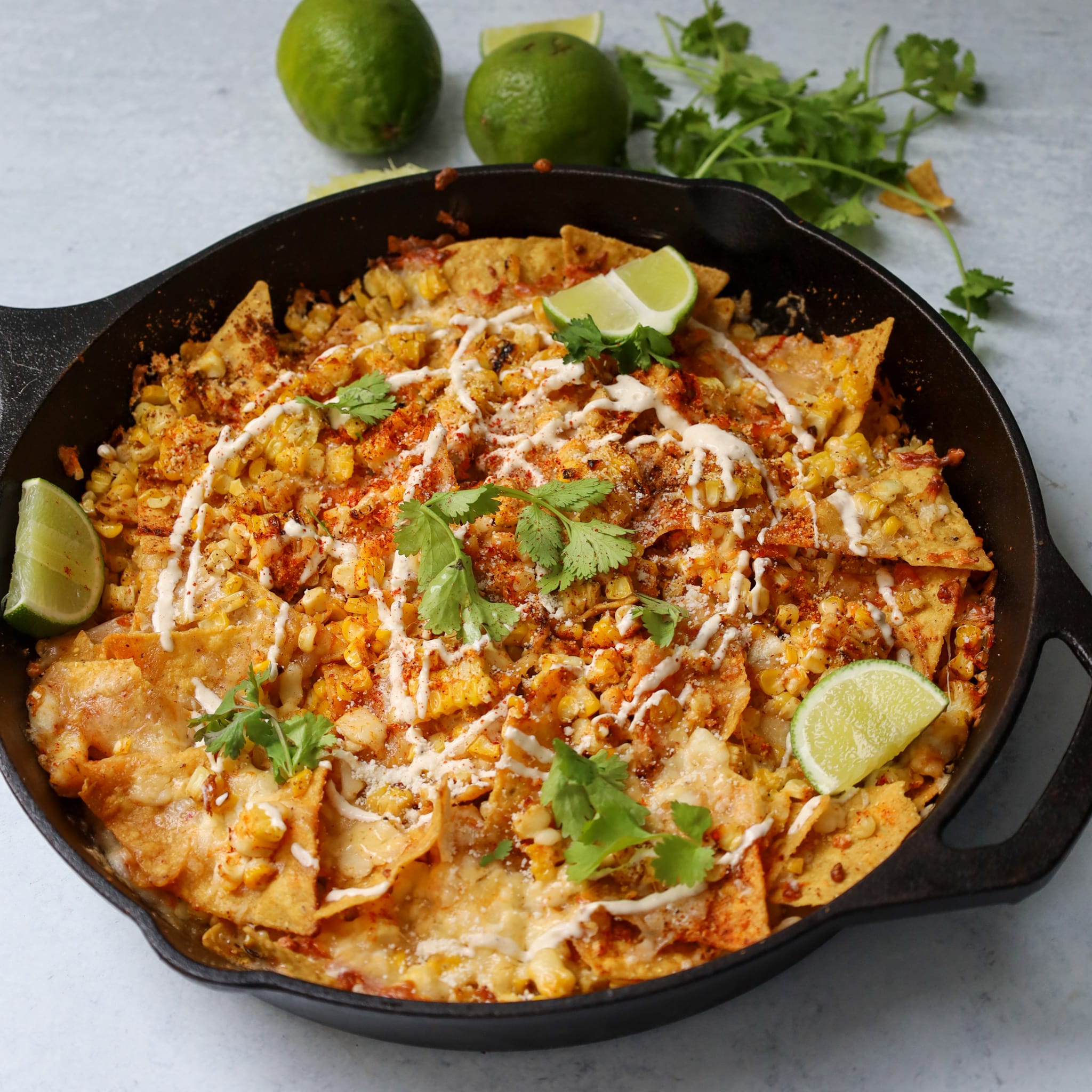 PRO TIPS: I made these nachos in a skillet, but I recommend using a sheet pan as the air can get trapped in a skillet leaving the chips soggy. The reason I used a skillet was honestly for the ‘gram, but I wish I went the sheet pan route. The main thing to master in this recipe is keeping the chips as crispy as possible. This is why it’s important to use the thickest tortilla chips as possible and not thin, restaurant-style chips. You can also make them yourself to avoid soggy nachos. This recipe is also about quality, not quantity and 2-3 layers of chips are perfect.

To achieve maximum chip crispness, you can pre-bake them in the oven at 350 F for 5 minutes to make them harden a bit more. Also, just make sure the cheese and the rest of the ingredients are at room temperature before assembling the nachos for that maximum crunch. And my final tip is EAT THEM RIGHT AWAY!!! The minute they are done baking, they reach maximum deliciousness and crispiness.

Other than obtaining crispy nachos, this recipe is so simple. Just like Nacho did with his unexpected customers, you can whip up this dish in a hurry when people stop by or extra guests show up at your garden party. 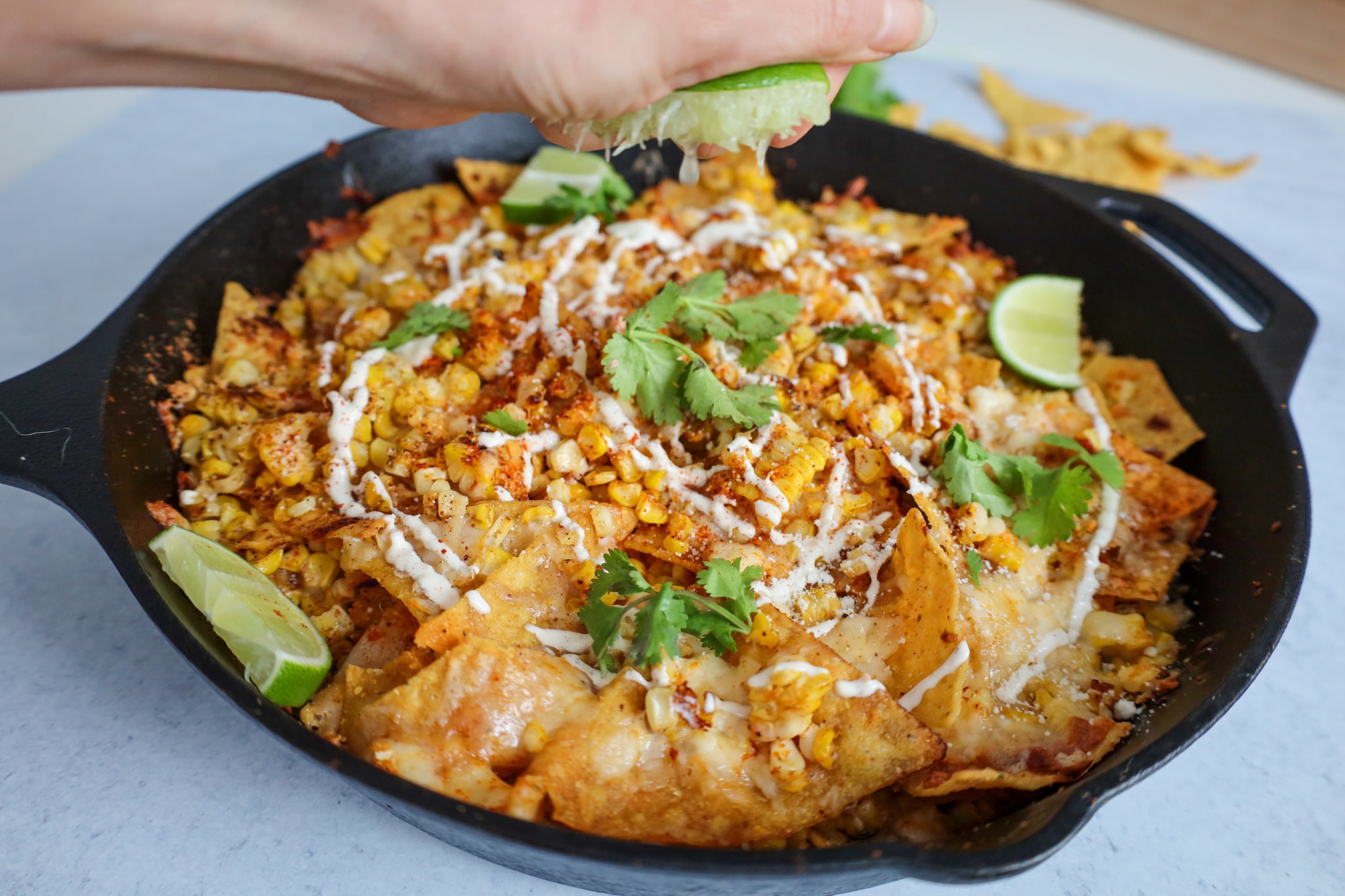 In a mixing bowl, combine the mayo, lime juice, salt, chili powder, and smoked paprika. Mix until combined and taste to make sure you like the flavor. Adjust the seasoning to your taste if necessary.

Brush each piece of corn with the mayo mixture until they're evenly coated. Reserve the leftover mayo for the crema.

If using a grill: place the corn directly onto the grill grates. Grill the corn for about 3 minutes per side, or until the kernels begin to look charred. Turn and repeat. When all sides are charred (about 10-12 minutes,) remove from the grill onto a plate.

If using the oven: place the corn onto a large sheet pan. Broil the corn for about 3 minutes per side, or until the kernels begin to look toasted and bright yellow. Remove the pan from the oven, turn the corn, and repeat. When all sides are charred (about 10-12 minutes,) remove from the grill onto a plate.

Let the corn cool. Preheat the oven to 350 degrees. As the corn cools, add the sour cream to the leftover mayo and mix until combined. Feel free to add more lime juice to thin out the crema, but it’s not necessary. During this time, you can shred the cheese and prep the nacho ingredients.

One by one, stabilize each piece of corn on the flattest end. Hold it vertically and use a sharp knife to slice the kernels off of the cob. Repeat with all of the corn.

Make sure the chips are as thick as possible. Homemade tortilla chips are great for nachos!

To prevent sogginess: Pre-bake the chips for 5 minutes before layering them with the ingredients. Do not use restaurant-style corn chips because they will be too thin and can get soggy.

You can grill or broil the corn. 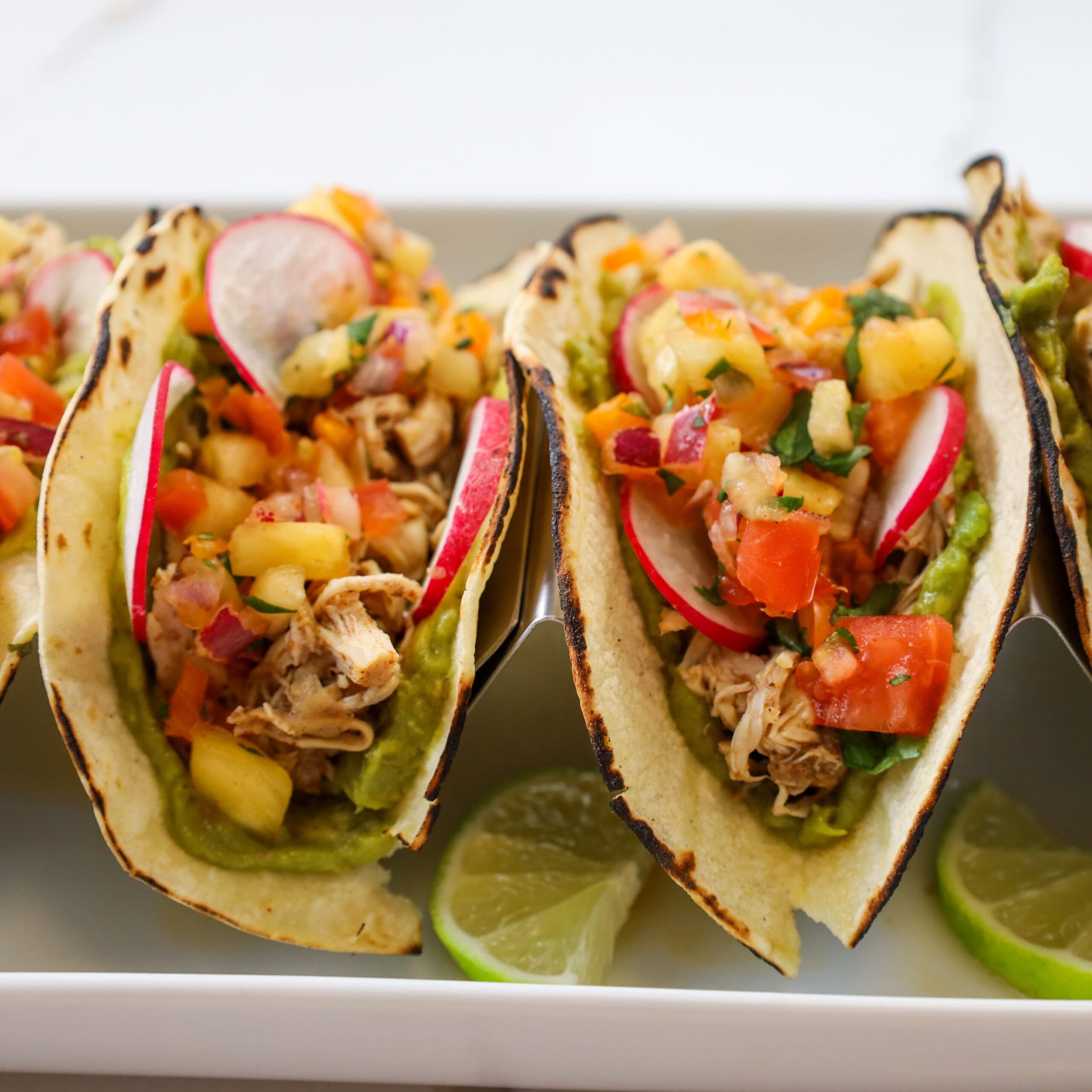 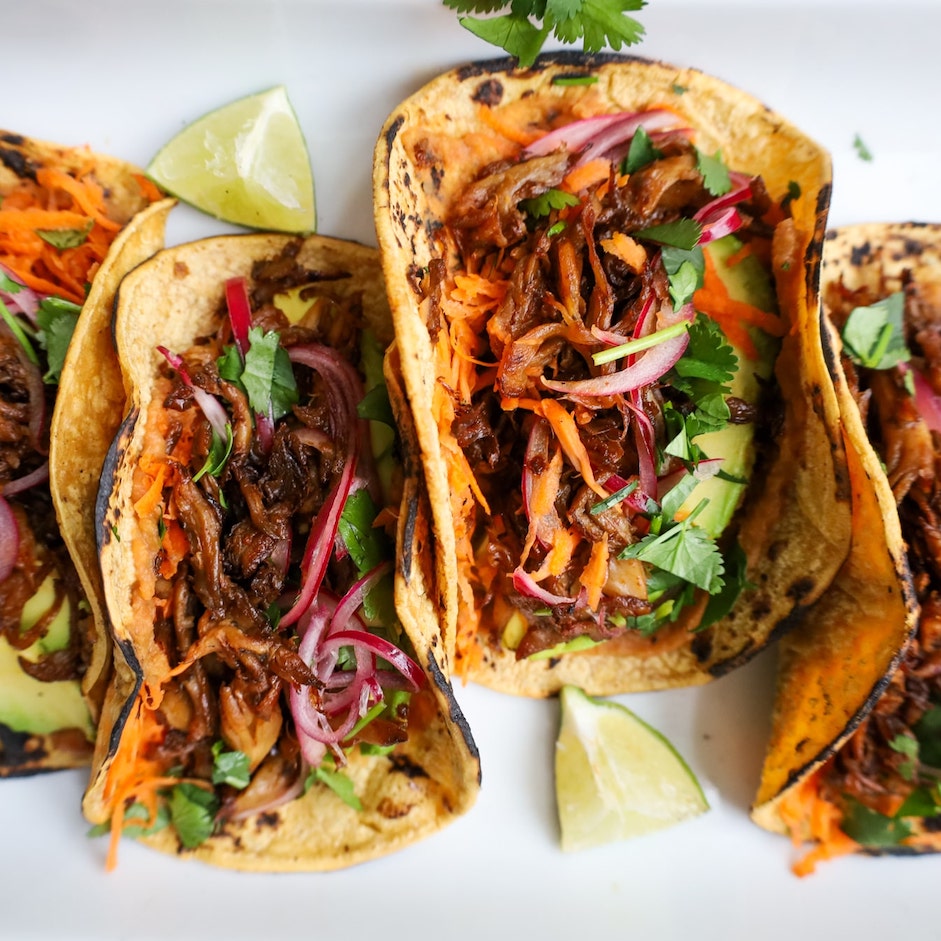 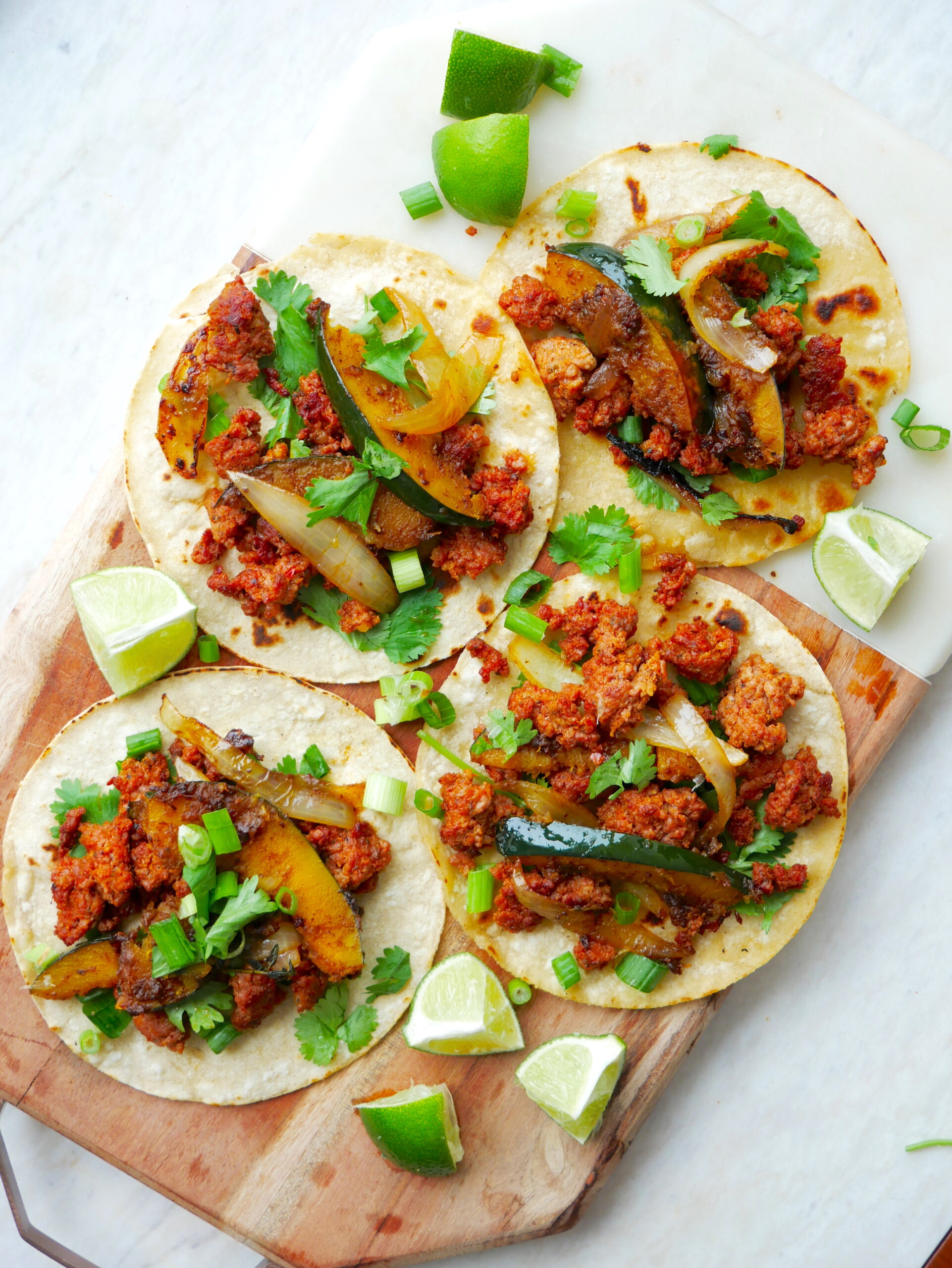