How Getting a Dog Changed My Life 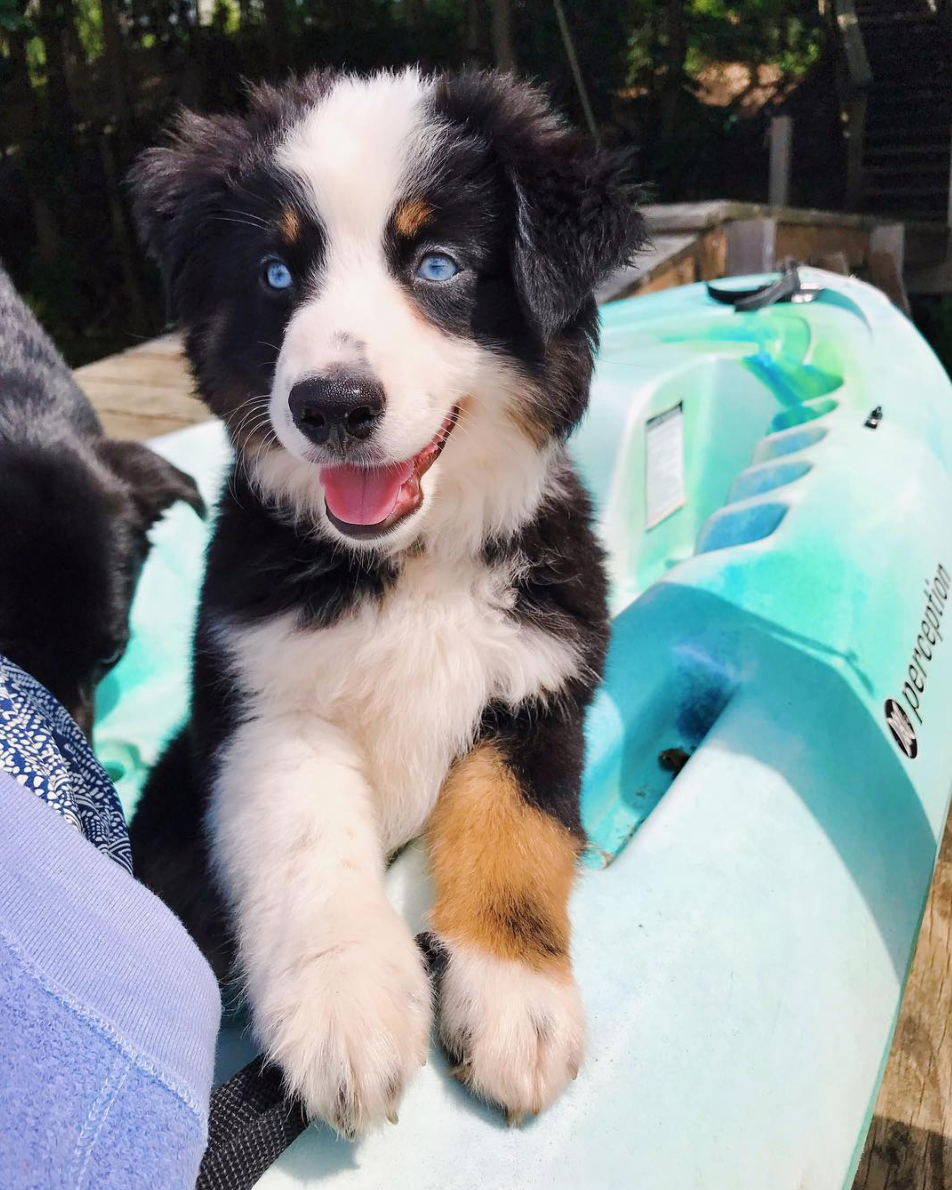 For those of you who follow me, you know that I recently got a toy Australian Shepherd named Poppy. Pictured to the right. (Where is the heart eyes emoji on here?!)

I had been thinking about getting a dog for over three years, when one day, after I lost my uncle and my grandmother had a stroke the next day, I had the moment. The moment when I was reminded of how short and precious life is. This is something I think about every day, but feeling it is different. This was the beginning of one of my biggest existential crises I’ve ever had. I realized that I wanted to do everything I could in my life to practice and surround myself with pure love and positivity.

I thought to myself, if my life were to end tomorrow, what are things I would want to have accomplished? I’m lucky — I have an amazing, unconditionally loving family and boyfriend. Considering I felt blessed in those departments, the first thing on my list was to be a dog mom. I don’t know what it was, but I always have been pulled to being a dog mom. It felt like gravity. I grew up with dogs and have always loved how pure they are. When they feel, they let you know. They aren’t afraid to love and they aren’t afraid to be sad. They are honest and pure, and bring so much joy to their owners (who are ready for the big responsibility.)

I knew the responsibilities of owning a dog, and I was ready to take them on. I finally convinced my live-in boyfriend that this was the right decision, and we decided to get a puppy. HUGE life moment right here. I felt like I just got engaged, when my boyfriend finally said “Yes.” I was literally screaming and crying — it was all weird. I was so excited, but I was also terrified! I was lucky I had a partner to do this with, but I had told him I would take on the majority of the responsibility since I am the one who works from home and can make my own schedule. I had no idea how I was going to do as a puppy mom, but I also had no idea how much of an impact Poppy would have on my life.

I knew I was getting a puppy, but I had no idea that I was getting my very own emotional support system. I wanted Poppy to be an ESA when we got him (this stands for emotional support animal) but I had no idea what it would feel like to lean on an animal in this way. I had only heard stories and grew up with family pets. Like many, I’ve always struggled with anxiety and self-doubt. I fear too much and too often. I’ve tried therapy multiple times and I honestly don’t like it for myself. I also don’t want to medicate myself (it’s a personal choice) and I need some kind of outlet for my anxiety. I have a job where I wake up, and the first thing I read is a direct message about something I’m doing wrong, someone making fun of me, or just a flat out insult. I have thick skin, but after my existential crisis, negative energy just really got me depressed. It made me so upset. I wanted to be surrounded by love and positivity, but my job (which I also love to do) was bringing me so much negativity that I couldn’t control. So, I told my doctor about this and he mentioned looking into getting an ESA. That’s how the search for Poppy began.

Having Poppy has pulled me out of the tunnel vision I was living in, and I didn’t even realize it. If you think about it, what’s the first thing you do when you wake up? Check your phone, right? I realized the very beginning of my days would start off on the wrong foot, as I would be sucked into a social media vortex of negative comments and DMs, self questioning and high expectations. Now, my days start with Poppy. It’s honestly like having child, where you are forced to think about something other than yourself. It’s hard, but it’s not a bad thing. You are also faced with unconditional love during those little moments where you would previously flood your mind with negativity.

In addition to those little moments, having Poppy has made me feel less alone during times where I really struggle with my emotions. I have a lot of physical health problems, which used to make me feel really alone and sad. That’s changed since I got him. Not just because he’s physically there, but because I feel like I’m genuinely surrounded by love during times where I need it the most. Now, during times where I used to feel like I had no purpose and I would get really down on myself, I feel much more settled and grounded. It’s crazy to think a dog could do that for me, but he really does. He’s my responsibility and my purpose.

Of course, having a dog isn’t all a happy love fest. It’s a lot of work and a huge responsibility that you must be ready for. Like I said, it’s like having a child. You have to give your dog attention and put lots of effort into training. Your wallet also takes a beating when you get a dog. Between the food, toys, bedding and vet costs, the bills definitely add up. I’m saying this because I want to be candid and tell you that I don’t recommend getting a puppy if you aren’t prepared for the financial costs behind it.

Also, the training. It’s fucking hard. Training another being is so difficult and takes a lot of consistency and time. I took a few days off of work just to get Poppy accustomed to certain things. He had a lot of separation anxiety in the beginning, so I had to leave him in the crate for small time intervals and slowly build them up. For potty training, I took the day off and taught him when to go outside (which means leaving my desk every 30 minutes). There are still behavioral things we are working on — like barking at other dogs on the street — but I am fortunate he is a fast learner. 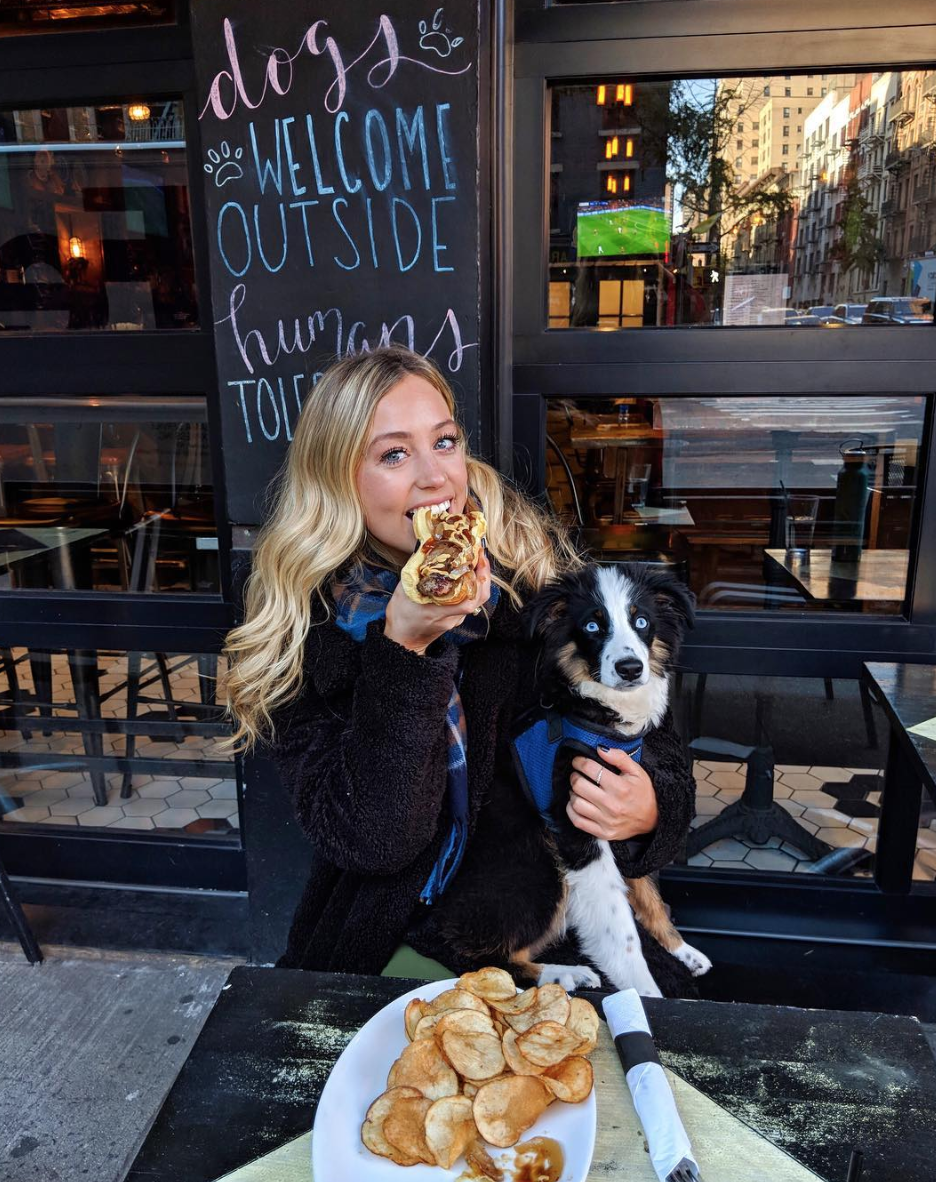 Another thing that changed (both good and bad) was my freedom to come and go without giving it a second thought. Technically, I work from home, yes that’s true. But a lot of my days are filled with different shoots where I can’t be at my apartment all day long. This was a big thing to take into consideration because, as a puppy, Poppy needs someone to tend to him. My schedules became dependent on whether or not I could hire a dog sitter or if the restaurant we were shooting at had outdoor seating. In this way too, dogs are like having children. BIG responsibility!

On the flip side, having a dog also affects your social life. This was something I was actually okay with. I have found that some of my old friendships have been toxic and the NYC social scene is really emotionally draining to me, so I was ready to spend my free time loving my new dog. I’m the type of person who would rather go for a walk in the park instead of going to get drunk at brunch with people who want to gossip. Poppy has changed my social life in that I now surround myself with people who are supportive of this lifestyle change, and who I can enjoy it with.

Poppy has become my best friend and, though it’s only been a few months, I can’t even remember life before I got him. I think ESA’s should be taken seriously as they really can change someone’s life. I hope you enjoyed my little puppy love story. 🙂