Magnolia Bakery was founded in NYC and has been around for about 22 years. Now, it’s an international bakery with locations around the world. This means they are obviously doing something right with every dessert they serve, but, there’s one item on the menu that seemed to break the internet, as well as anyone’s self control who swore off sugar. This dish is their banana pudding. It’s pretty simple — banana pudding, sweetened condensed milk, and cream layered with vanilla wafers, which soak in the deliciousness and soften together with the all of the wet ingredients. When it comes together, it basically turns into edible heaven.

I know there’s no way to recreate this dish to be healthy in any regard, but I decided to make a Greek yogurt version that at least makes me feel a little less guilty. I also tried to use all natural sugar (raw honey) instead of anything refined, as I find my body processes natural ingredients much better. I find that my sugar crash isn’t as bad when its natural, and I feel less swollen and awful. Isn’t that nice!!

For portion control purposes, I serve each one of these in 8 oz. jars You can serve however you want, as it doesn’t affect the taste! 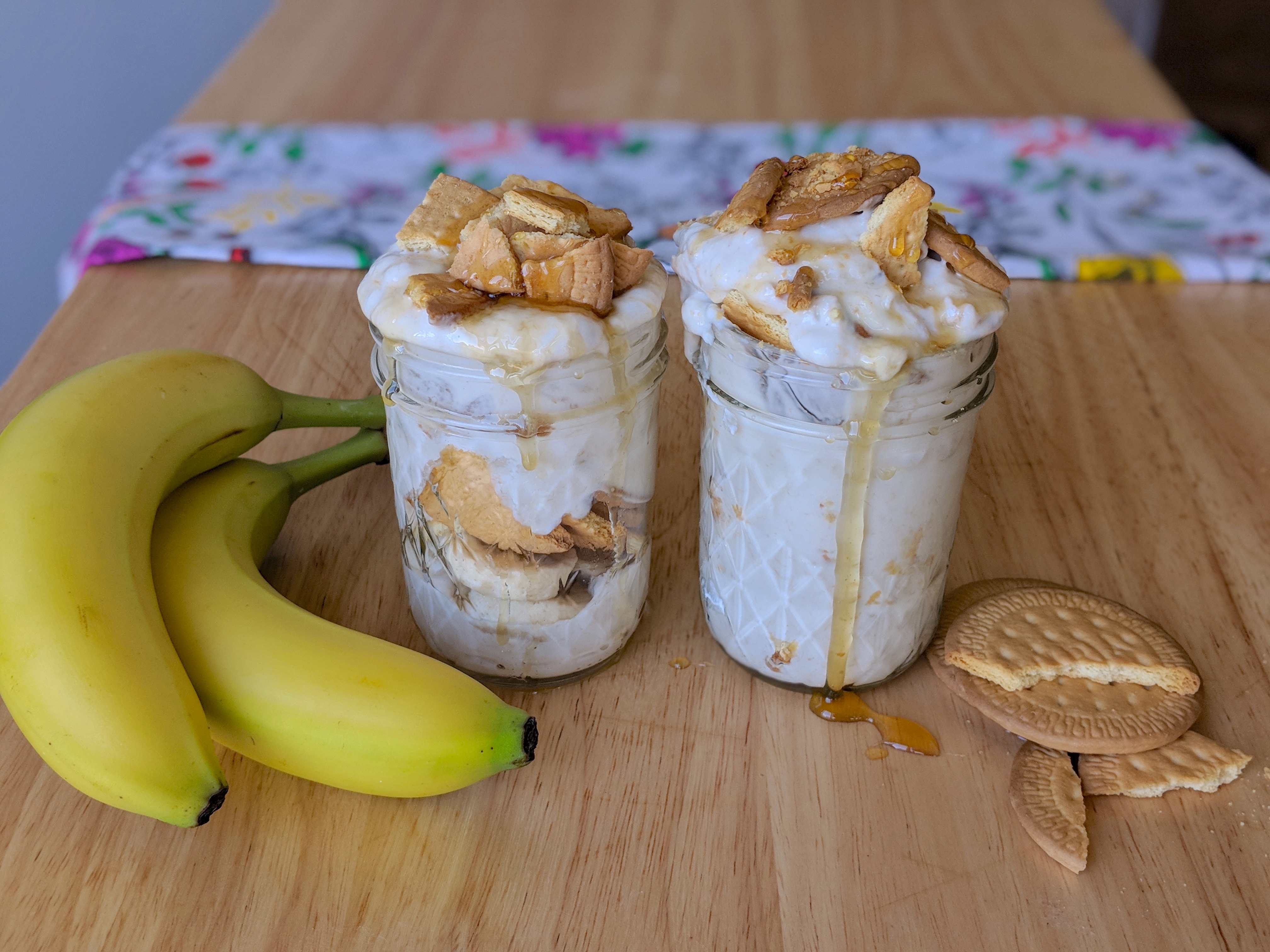 Banana pudding post workout?! Yes, this can be a thing. Instead of layering pudding, whipped cream, sweetened condensed milk and wafers, I chose to naturally sweeten some Greek yogurt with ripe bananas and honey, and the layer with wafers and more banana slices.
Print Recipe Pin Recipe
Course Dessert
Cuisine Dessert